Staff Writer | November 30, 2016
For the first time, the cumulative number of HIV cases in the WHO European Region increased to over 2 million. 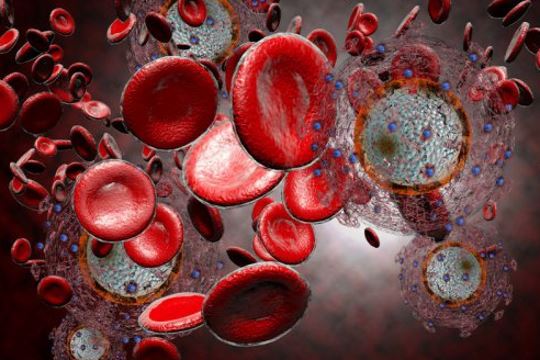 Virus   HIV remains among the main public health concerns
More than 153,000 new HIV cases contributed to this figure in 2015 – a 7% increase compared to the previous year and the highest annual number since reporting began in the 1980s.

These are the main findings of the new report "HIV/AIDS surveillance in Europe 2015", released jointly by the WHO Regional Office for Europe and the European Centre for Disease Prevention and Control (ECDC) ahead of World AIDS Day 2016.

“Despite significant efforts, HIV remains among the main public health concerns in the WHO European Region, in particular in its eastern part. 2015 recorded the highest number of new cases in one year, contributing to an appalling 2 million cumulative cases,” says Dr Zsuzsanna Jakab, WHO Regional Director for Europe.

“To address this critical situation, we have made available a new action plan that all European countries endorsed in September 2016. We now call on countries’ leaders to use this plan for an urgent, accelerated and innovative response to HIV in the Region, to reverse the AIDS epidemics immediately and end it by 2030.”

“The facts we know about the HIV epidemic are based on the number of new diagnoses reported each year, which represents the cornerstone of European HIV surveillance,” explains ECDC Acting Director Andrea Ammon. “But we also know that these figures do not reflect the true picture.

ECDC estimates that currently more than 122 000 people in the [European Union/European Economic Area (EU/EEA)] are infected with HIV but are not aware of their infection – that is every 1 in 7 people living with HIV in the EU/EEA.

To reach the estimated 15% who are not aware of their infection, we need to increase efforts to promote and facilitate more testing for HIV, and link those diagnosed to care.”

With 153,407 people newly diagnosed with HIV in 50 countries of the Region in 2015, the annual increase in new HIV cases continued with the following geographical breakdown.

27,022 new HIV cases were diagnosed in western European countries (18%). This shows no substantial decline over the last decade.

5,297 new HIV cases were diagnosed in central European countries (3%). Although the intensity of the epidemic remains low in the area, this is a substantial increase compared with 10 years ago.

121,088 new HIV cases were diagnosed in eastern European countries (79%). This more than doubled in a decade. The number of AIDS cases in this area increased by 80% in 10 years.

The main transmission mode also varied by geographical area. HIV infections increased consistently among men who have sex with men in the western and central parts of the Region, while in the eastern part heterosexual transmission increased.

Transmission through injecting drug use still accounted for one third of new cases in eastern European countries. ■

Worldwide cancer rates up more than one-third in past decade
WHO: 2,000 dead, over 530,000 suspected cholera cases in Yemen
Malaria on the rise in Venezuela, official figures unknown

PM reveals: Ukraine can make or buy components for aircraft