Staff writer ▼ | July 22, 2015
Anyone probably knows that men with erectile dysfunction are advised to try to solve the problem by taking a pill. However, they also need to be screened for diabetes, a new study suggests. 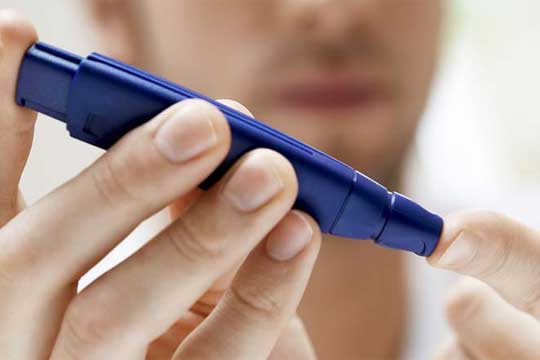 Men   A new study suggests:
Doctors have long known that erectile dysfunction in midlife can be an early indicator of cardiovascular disease.

Now a new analysis reports that middle-aged men with erectile dysfunction are at more than double the risk of having undiagnosed diabetes, which is itself a risk factor for heart disease, when compared with similar men who don’t have erectile problems.

Researchers analyzed data from men who participated in the National Health and Nutrition Examination Survey during 2001-2004, and found that among those aged 40 to 59 who said they were “never” or only “sometimes” able to maintain an erection, one in 10 had undiagnosed Type 2 diabetes.

Among men without erectile problems, by comparison, the rate was one in 50.

The bottom line? Erectile dysfunction is a medical problem, not just a lifestyle problem, said Dr. Sean C. Skeldon, a family medicine resident at the University of Toronto and the paper’s first author. “Men need to go talk to the doctor and have the appropriate screening,” he said. ■

Half of Americans have diabetes or prediabetes
Men, avoid impotence drugs before surgery
Heat-activated penile implant might restore sexual function in men with E.D.

Norsat appoints Peter Ciceri to its board of directors