Fighting bacteria that learns how to resist

C. A. V. Nogueira, M.D. ▼ | May 2, 2015
MRSA is one of the words no patient wants to hear: this is an infection resistant to the antibiotics used to treat ordinary infections and the fight against it is hard. 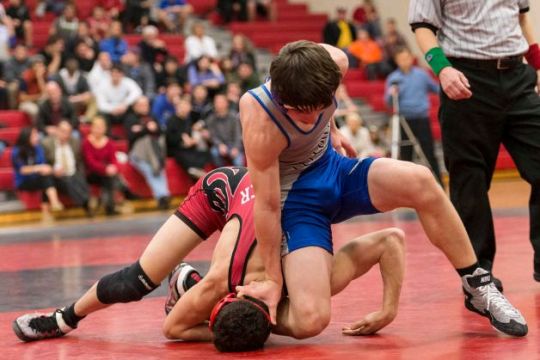 MRSA   A contagious and antibiotic-resistant bacteria
MRSA, or methicillin-resistant Staphylococcus aureus, is an infection occurring in people who have been in hospitals or some other health care centers. Thus its name: health care-associated MRSA (HA-MRSA). These types of infections are associated with invasive medical procedures such as surgeries, intravenous tubing or artificial joints. In other words, if it can cut you, it can give you MRSA.

When MRSA infections occurs among healthy people, in community, it is called community-associated MRSA (CA-MRSA). This type of infection spreads by skin-to-skin contact so at-risk populations include people who live in crowded conditions and those who come in close contact often such as health care workers or wrestlers in the school, in short anywhere where skin-to-skin contact appears.

This awful infection usually starts with small red bumps that look very much like spider bites or pimples. However, those bumps can turn into deep, painful abscesses very quickly and then a surgical intervention is needed. Now, if the bacteria remain on the skin that's good news, but if it spreads into the body, that's very bad news because it can cause life-threatening condition. It can cause infections in wounds, heart, lungs, the bloodstream...

So, when to be worried? First, keep an eye on your skin. If you have a wound that's infected - go and see the doctor. It may be nothing, but it can be very serious. So, take no risk at those situations.

How the infection happens in the first place? Human body is full of all kinds of bacteria and among them there are a number of Staphylococcus aureus bacteria (staph). They live happily on the skin but if the enter the body through the opening in the skin, a problem may arise. We say "may" because generally healthy people usually have no problem with that. However, some two percent of the population carries the staph type called MRSA.

Now, the problem with MRSA is that it doesn't care about antibiotics we love so much. After decades of use, some bacteria adapted to them and became resistant. It's simple: when bacteria survive one antibiotic attack, it learns how to resist other. Since we depend very much on antibiotics in many situations, it is obvious that the resistant bacteria is a huge problem.

So, what to do? Diagnosis is done by checking a tissue sample and in a few hours DNA is tested and results are knows. If the diagnosis is positive, several things may happen.

Minor skin and soft tissue infections may only require incision and drainage. More extensive skin infections usually require antibiotics during five to ten days. What antibiotics will be used depends on the case and even on your location because one part of the country may have different antibiotics-resistant bacteria.