Fibromyalgia, pain all over the body

Abraham Eisenstein, M.D. ▼ | June 2, 2018
Fibromyalgia or fibromyalgia syndrome (FMS) is a nasty condition: it causes pain all over the body and it is a long-term condition. 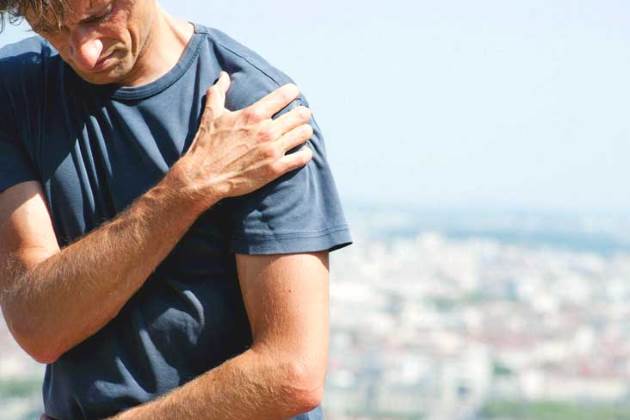 Those sensations come and go, and they travel around hitting different parts of the body. As a side-effect, patients are very tired and have sleep problems.

People may confuse symptoms of fibromyalgia with arthritis or joint inflammation but it has not been found to cause joint or muscle inflammation. On the other hand, it is seen as a rheumatic condition that causes soft tissue pain.

The problem is we don't know for sure the causes of fibromyalgia and they may be different in different patients. There are some researches that point to the central nervous system.

As with many other diseases, some genes may make people more prone to fibromyalgia but genes alone do not cause this condition. There is also a trigger that comes after a stressful event such as an injury, giving birth, a surgery...

Since fibromyalgia causes a moving pain, there are some criteria for diagnosing and they are clearly defined.

They are: pain and symptoms over the past week, based on the total of number of painful areas out of 19 parts of the body plus level of severity of fatigue; waking unrefreshed; and memory or thought problems.

The doctor will also check symptoms that last for at least three months at a similar level and that the patient has no other health problem that would explain the pain and other symptoms.

If the diagnosis confirms it's about fibromyalgia, symptoms can be treated because there is no cure for this condition.

Drugs are also used in the treatment and they fall in two groups. In the first, there are drugs that help control pain levels. In another, there are other drugs that affect brain chemicals and for some patients antidepressant drugs can be helpful.

The point is to never use drugs without doctor's advice because drugs used for fibromyalgia treatment are in the group that is officially approved.

Although opioid narcotic may help with the pain, it is strongly recommended not to take them. Those drugs are not of help to most people and will cause greater pain sensitivity or make pain more persistant.

That aside, patient self-care is vital to improving symptoms. Healthy lifestyle can reduce pain, increase sleep quality, and lessen fatigue.

Deep-breathing exercises will help reduce the stress; regular exercise often reduces pain symptoms and fatigue, and most probably the best advice the patient can get is: Move and don't stop!

Another good advice is to stay positive. Experience shows that optimistic life style is playing a huge role in fighting this condition.

Fibromyalgia is a long-term condition without a cure but with some drugs and a change in daily habits it can be under control. ■

Headaches and the heat — what really is causing the pain?
1 in 3 people experience new or worse pain with yoga
Pain in the lower part of the stomach - female reasons

EU: Farmers are important. We'll cut payments to them