C. A. V. Nogueira, M.D., Abraham Eisenstein, M.D. ▼ | August 4, 2014
Fear of Ebola is all around, compared only to the early days of AIDS where scare was in the air. However, the truth is not that dark. Here are some facts without media hype. 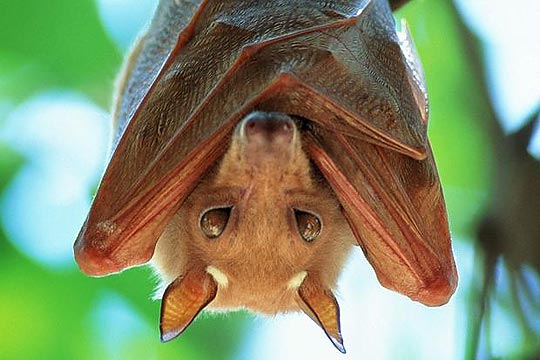 Deadly disease   The disease from Africa holds the world in fear
Ebola, Ebola Hemorrhagic Fever, is a very infectious disease that first emerged in Sudan and Zaire back in 1976. During the first outbreak mortality rate was 53%.

Just a few months later, the second virus from Yambuku, Zaire started to spread with a mortality rate of 88%. There are five different species of Genus Ebolavirus.

The problem is that although we believe that fruit bats are natural hosts for Ebola virus, the exact reservoir of the virus is not known yet.

In addition to that, some patient experience bleeding inside and outside of the body, red eyes, cough, chest pain, hiccups, and difficult breathing and swallowing. At the end there are kidney and liver failure, shock, and finally the shut down of the organism.

Symptoms may appear anywhere from 2 to 21 days after exposure to the virus, although it is m

ost probably that they will appear 8-10 days after exposure Some patients are able to recover, while others do not and we don't yet understand why that's happening.

Ebola can be diagnosed based on symptoms and blood tests can sometimes identify the virus directly or via antibodies.

There is no vaccine and there is no specific treatment, so patients require intensive supportive care. They are usually dehydrated and we can help them with rehydration but we don't have a specific drug that could help them.

Now, let's say something about that famous 90% mortality rate we can see in headlines. Yes, mortality of 90% is scary, but Ebola mortality rate is between 25% and 90%, not exactly 90%.

Here is important to notice that mortality rate depends on the quality of health care, so it's not the same if someone gets Ebola in a developed west country and if that's happens on the street of poor Sierra Leone. The outcomes will be different in many cases, no doubt about it.

The next great fear is that the virus travels through the air. Ebola is not an airborne virus; you can sit shoulder to shoulder with an infected person as long as there's no contact with body fluids or contaminated objects.

Ebola virus doesn't travel through the air by itself, it's different than, say, influenza. To get infected, a person must get in touch with blood, urine, saliva, semen, or stools of an infected patient, or object with those fluids on them.

Indeed, Ebola is a very infectious disease. Just one virus is enough to start the infection that may end with a death. However, it's not so easy to catch that virus as newspapers' headlines would suggest.

The problem of African countries arose from their economic statuses. In an undeveloped country you can't expect a high-end hospital with top medical equipment.

So, their doctors simply can't fight Ebola the way they could, and where's no doctors around people tend to ask local "medicine man" what to do. It's obvious that such persons have no knowledge to treat Ebola in a proper way. As the consequence, the only support patients has are non-governmental organizations and that simply is not enough.

Another reason why there are so many cases of Ebola is Africa are, beside poor health care, living conditions. Humans can be infected it they eat infected animals and in some areas animals that are usual source of food are virus carriers.

That's why the World Health Organization (WHO) issued a warning for African countries to stay away from certain species. Fruit bats, chimpanzees, gorillas, other monkeys, forest antelope and porcupines are all very dangerous if we don't know for sure they are not infected. ■

PPL names IBM SVP to its board of directors