DNA from resistant bacteria spreading from cattle feedlots through the air

Staff writer ▼ | March 31, 2015
DNA from antibiotic-resistant bacteria is spreading from cattle feedlots across the US through the air, a new study from Texas Tech University has found. 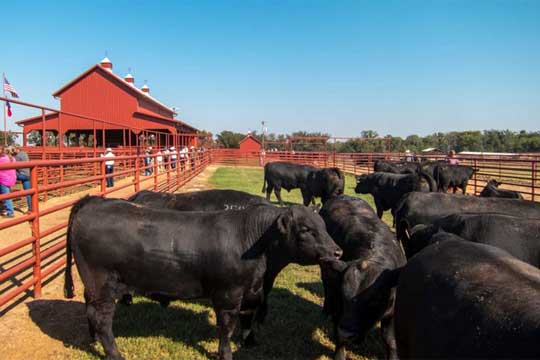 The authors of the study sought to determine the extent to which antibiotics, antibiotic-resistance genes and microbes associated with ruminants like cattle are dispersed into the air via particulate matter derived from large scale beef cattle feedyards, they wrote in their abstract. The paper is set to be published in April.

"This is the first test to open our eyes to the fact that we could be breathing these things," Phil Smith, one of the paper's authors and an environmental toxicologist at Texas Tech University, told the Texas Tribune.

The scientists looked at the more than three-quarters of all cattle on US feedyards with more than 1,000 head ‒ a total of 8.24 million cattle ‒ were located in Texas, Oklahoma, Kansas, Nebraska and Colorado, an area called the Southern High Plains that "has the highest frequency of dust storms in the United States and the highest density of feedyards," the authors noted.

"Feedyard pen floor material, which consists primarily of urine and fecal material, becomes dry and brittle, thus becoming source material for fugitive dust" from the feedyards in the region, the researchers wrote.

"This study clearly demonstrates the potential for antibiotics and bacteria to be transported from beef cattle feedyards into the environment by wind. Thus, it is reasonable to consider how far microbes may be transported from these sources, and if they remain viable after aerial transport," the researchers wrote.” ■

Nearly half of Americans saving virtually nothing

Immunocore appoints Sir John Bell to its board

Laos reports new coronavirus case after 102 days
Dengue cases in Laos reach 3,684 with 8 deaths
WHO warns there’s no going back to old normal
Coronavirus cases in Africa rose 500% in past 2 months