Developmental dysplasia of the hip

Bernice Clark ▼ | September 5, 2014
Each newborn baby is carefully examined within 24 hours of birth for signs of problems or complications. One of the first things your doctor will do is to check the flexibility and mobility of the arms, legs, and hips to see whether the newborn has dislocated hips. 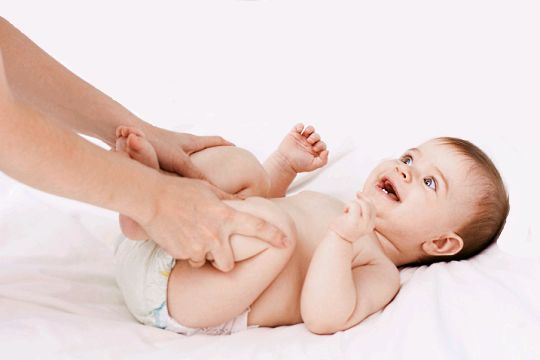 Treatment that has started after a child's first birthday never ends with a complete normal function of the hip and when a child turns 3 year of age a surgery correction is the only option.

The hip has two important connections. One of them, the trochanteric anastomoses, provides most of the blood to the head of the bone of the leg situated between the pelvis and knee (femur). If the irregular position of the hip remains untreated the femoral head eventually deteriorates because of interruption of blood supply to the bone.

About 30% of hip replacement operations in adults are done because of untreated, delayed or unsuccessful treatment of hip dislocation at early age. And when we say early, we mean during the first six months.

In a case of a normal hip, femur is a smoothly rounded ball, and the socket of the hipbone into which the head of the femur fits (acetabulum) is a smooth, cup-like shape. They both are in a close contact.

There are factors that contribute to the chance of a baby being born with DDH. First, it is a firstborn female baby, then the breech position in the uterus, a premature born baby, low levels of amniotic fluid, twins, and family history.

As a rule of thumb babies should be examined within 24 hours after birth. An ultrasound must be done at 4 to 8 weeks of age, then when a baby turns 3 month old, at 9 months X-rays is more helpful, and then at walking age.

When DDH is suspected in a newborn baby, you may be advised to return for another examination in a few weeks. In most babies, the hip will become stable by itself within two months as the soft tissues tighten.

Old school-paediatricians in less developed countries (which, by the way, have less percentage of the hip surgeries) still recommend wide folding, that means folding of a Tetra diaper over Pampers, to keep the legs apart and turned outward (frog-leg position), just like the first treatment used in children under six months, Pavlik harness, does.

Here it is important to add that wide folding cannot replace medical treatments but it is a good practice before a child is old enough for a special brace. Children who need Pavlik harness adapt easily to the change, and the paediatrician will adjust the harness every two weeks as the child grows and the hip stabilises.

There is also an exercise for hips. Again, it cannot replace medical treatments but it can't harm either and it makes children smiling and happy. With baby lying on his back, hold lower legs and gently push them up toward his chest. Holding baby's legs, make circular motions in the hips outwards a few times. Stretch baby's legs and let it kicks freely. Repeat the exercise every time while changing diapers.

If the Pavlik harness is not effective then the doctor will position the hip in the correct position and apply a special cast to keep the hip in the right position while your child is anaesthetised. The child is kept in the cast for at least 12 weeks. In older children who are walking on their toes or have a limp in their walk, we should suspect DDH is in the game.

Visit your paediatrician regularly every month until your child turns one year old to see how she/he progresses and to detect DDH on time. ■

SunEdison to supply solar power for Los Pelambres mine