Abraham Eisenstein, M.D. ▼ | December 5, 2015
Dengue fever is an interesting mosquito-borne tropical disease: it spreads via female mosquitoes but people with virus can infect mosquitoes that in turn infect other people and today the virus spreads to countries far from its usual habitat. 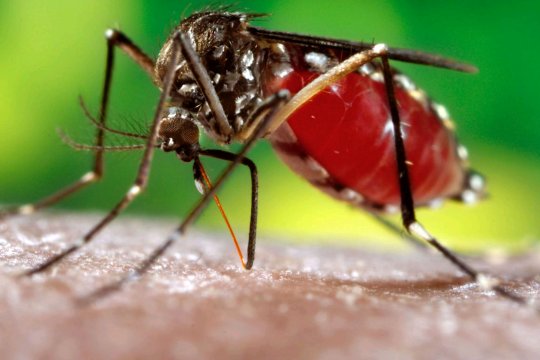 Tropical disease   A mosquito-borne viral disease
Dengue fever spreads via female mosquitoes of Aedes aegypto and Aedes albopictus species. It is usually found in tropical parts of Asia, Africa, the Caribbean and the South Pacific, and there are variations because of rain, temperature and urbanization.

But it was also reported in countries where we wouldn’t normally expect it, such as Europe, thanks to infected travelers. When diagnosed early, the survival rate is 99%, but incidence of dengue has grown dramatically around the world.

Global connections might have contributed to the spreading of dengue: Before 1970, nine countries had experienced severe dengue epidemics and today the disease is now endemic in more than 100 countries.

Estimates show that there are 390 million infections per year with 96 million cases with clinical symptoms. Around half a million patients with severe dengue require hospitalization each year and 2.5% of affected die.

Nasty side of dengue is that most people with dengue show no symptoms at all and some 25 percent will become ill.

There are 4 types of the virus that cause dengue and they are called DEN-1, DEN-2, DEN-3 and DEN-4. When a patient recovers from one of those types, there is lifelong immunity against that particular serotype and infections with other types are still possible.

One of the most feared conditions is Dengue Haemorrhagic Fever because it is No1 killer of children in Asia and Latin America.

In areas where dengue may be present, we must pay attention to three conditions. The first is high fever of 40°C (104°F), followed by two of these symptoms: strong headache, pain behind the eyes, muscle pain, joint pain, nausea, vomiting, swollen glands or rash. The incubation period after the bite from an infected mosquito is four to ten days, and dengue symptoms usually last for up to one week.

If other symptoms occur 3 to 7 days after the first symptoms, and they include slightly lower temperature of 38°C (100°F) or lower, together with strong abdominal pain, blood in vomit or persistent vomiting, rapid breathing, bleeding gums, or fatigue, then we have warning signs of severe dengue.

This is a life-threatening condition because there is a chance of bleeding, respiratory distress, plasma leaking, fluid accumulation or organ impairment. In this case good medical care is needed because the next 24 to 48 hours can be fatal.

How dengue is treated?

Unfortunately, there is no specific treatment for dengue fever. In the case of severe dengue, the proper care really can save lives and maintenance of the patient's body fluid volume is critical to keep him alive.

However, the good news is that, when diagnosed properly, the patient can be successfully treated with symptoms-relieving medicine and the death rate is only 1%.

There is no vaccine either, although some progress has been made but those attempts are in their first stages.

We can apply insecticides during outbreaks, cover domestic water storage containers to protect them from mosquitoes, we should also use long sleeves and window screens to stop mosquitoes from entering our rooms.

EU to Britain: You are not qualified to judge $15.5 billion bid for O2