DEA proposes to reduce amount of five opioids manufactured in 2020

Christian Fernsby ▼ | September 13, 2019
The U.S. Drug Enforcement Administration (DEA) is proposing to reduce the amount of five Schedule II opioid controlled substances that can be manufactured in the United States next year compared with 2019. 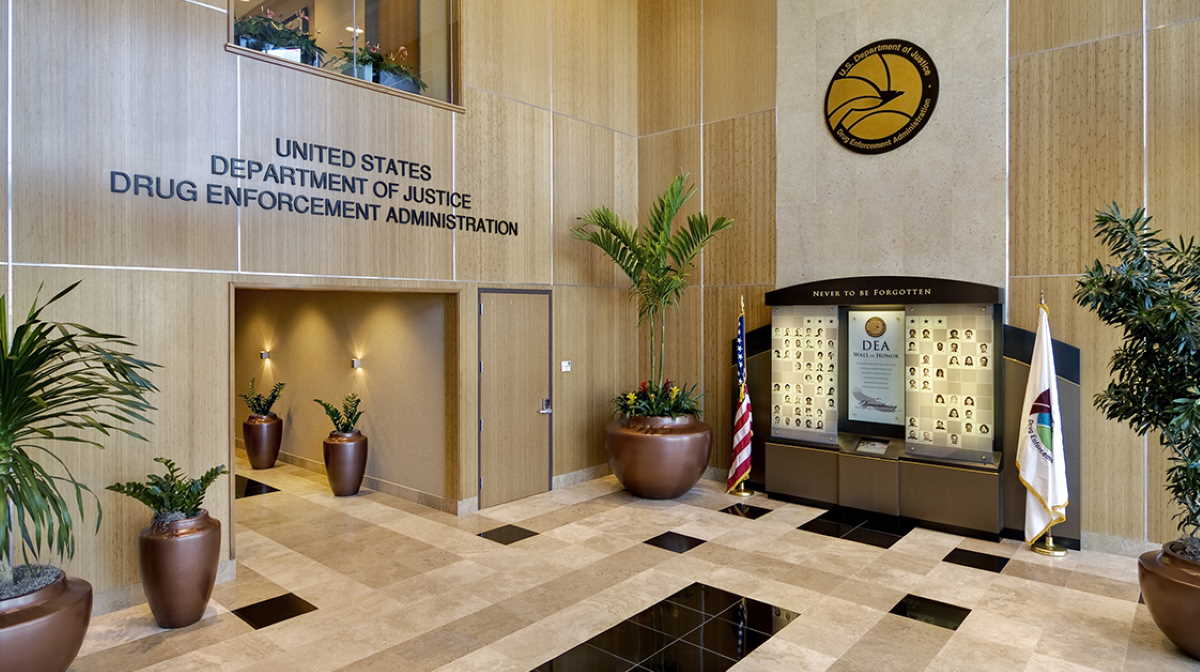 Combined with morphine, the proposed quota would be a 53 percent decrease in the amount of allowable production of these opioids since 2016.

DEA proposes to increase the amount of marijuana that can be produced for research almost a third over 2019’s level, from 2,450 kilograms to 3,200 kilograms, which is almost triple what it was in 2018.

This will meet the need created the increase in the amount of approved research involving marijuana.

Over the last two years, the total number of individuals registered DEA to conduct research with marijuana, marijuana extracts, derivatives and delta-9-tetrahydrocannabinol (THC) has increased more than 40 percent, from 384 in January 2017 to 542 in January 2019.

“The aggregate production quota set DEA each calendar year ensures that patients have the medicines they need while also reducing excess production of controlled prescription drugs that can be diverted and misused,” said Acting Administrator Uttam Dhillon.

“DEA takes seriously its obligations to both protect the public from illicit drug trafficking and ensure adequate supplies to meet the legitimate needs of patients and researchers for these substances.”

The Proposed Aggregate Production Quotas and Assessment of Annual Needs being published in the Federal Register addresses more than 250 Schedule I and II controlled substances and three List I chemicals, which include ephedrine, pseudoephedrine, and phenylpropanolamine.

This reflects the total amount of substances needed to meet the country’s legitimate medical, scientific, research, industrial and export needs for the year and for the maintenance of reserve stocks.

DEA endeavors to set production limits at a level required to meet these needs, without resulting in an excessive amount of these potentially harmful substances.

In setting the aggregate proposed quota (APQ), DEA considers data from many sources, including estimates of the legitimate medical need from the Food and Drug Administration; estimates of retail consumption based on prescriptions dispensed; manufacturers’ disposition history and forecasts; data from DEA’s internal system for tracking controlled substance transactions; and past quota histories.

As a result of new laws and regulations that took effect in 2018, the number of factors that DEA considers in setting the APQ has increased.

Information on these factors and how they were assessed appears in the Notice.

The five opioid substances were subject to special scrutiny following the enactment last year of the Substance Use-Disorder Prevention that Promotes Opioid Recovery and Treatment for Patients and Communities Act, known as the SUPPORT Act, which requires DEA to “estimate the amount of diversion of the covered substance that occurs in the United States” and “make appropriate quota reductions.

DEA’s estimates of the amount of diversion that took place for each of these five opioid substances and how those estimates were calculated appear in the Notice. ■