Staff Writer | January 4, 2019
Thyroid cancer is the most rapidly increasing cancer diagnosis in the United States. 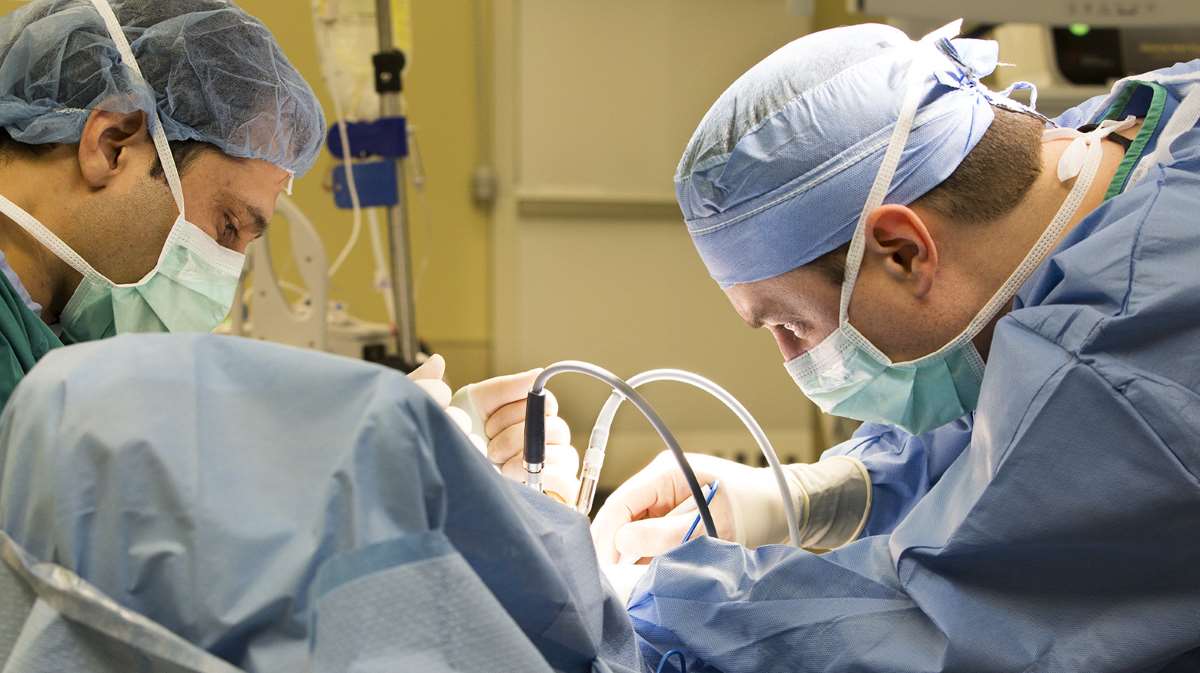 In a new retrospective study, researchers at Jefferson (Philadelphia University + Thomas Jefferson University) looked at the number of patients who were readmitted to the hospital within 30 days of their thyroid surgery for cancer and other diagnoses, in the most comprehensive analysis of this question to date.

"The information we gleaned is directly applicable to patient care, and suggests more careful immediate follow-up for patients at high risk for side effects and complications of surgery," said Alliric Willis, MD, Associate Professor of Surgery and Co-Director of the Jefferson Thyroid and Parathyroid Center.

"Surgical thyroid removal is generally a safe operation. However, the side effects of thyroid surgery can be severe enough that patients end up seeking immediate medical attention and needing readmission to the hospital for treatment.

"Our study demonstrates that this happens more frequently than one might think.

"It also identifies the risk factors that can be addressed to prevent these readmissions." The study was recently published in the journal Surgery.

A small percentage of patients can develop side effects and symptoms that include tingling in the fingers that can progress to tremors, and spasms in all muscles of the body, including the heart, and muscles surrounding the lungs.

Although other side effects can also occur, low calcium levels or hypocalcemia, as the condition is called, is the most common and usually caused by damage or removal of the parathyroid glands, which control calcium metabolism and regulate other hormones.

The condition can be treated with oral calcium.

Using the 2014 Nationwide Readmissions Database, the researchers examined records of 22,654 patients who had surgery to remove all or part of the thyroid gland in 2014 because of cancer, goiter, or overactive thyroid.

They found that of these, 990 or four percent were readmitted to the hospital within 30 days, the majority of whom returned within a week.

"Although four percent is less than estimates from earlier, smaller studies, it still amounts to nearly a thousand patients per year whose symptoms are severe enough to seek immediate medical attenti Rios-Diaz, MD, a Jefferson surgical resident.

Dr. Willis and colleagues also looked at the characteristics of patients who were at highest risk for readmission to the hospital.

They noted that those with Medicare and Medicaid insurance were more likely to be readmitted , as well as those patients who had a low calcium level measured before discharge after surgery, and patients who stayed in the hospital for two days or more after surgery.

"Although the standard treatment for hypocalcemia is simple, patients have to be able to get their medications after discharge from their surgery.

Patients on Medicaid and Medicare could find it financially or logistically difficult to obtain the treatment before the symptoms begin and worsen," says Dr. Willis.

The research points to clear interventions that could reduce the number of patients experiencing serious side effects at home.

"One solution is to follow up on patients using telehealth in the days immediately after surgery when patients are most at risk for developing hypocalcemia symptoms," said Dr. Willis. ■

WHO warns of second peak of coronavirus as countries reopen
We might not ever get effective coronavirus vaccine
Coronavirus surge in Brazil brings coffin shortage, morgue chaos
UK coronavirus death toll rises above 32,000, highest in Europe