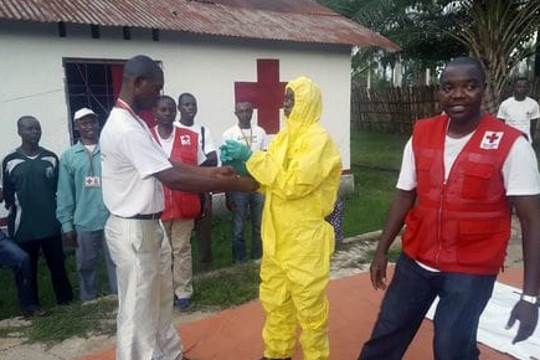 The confirmation increased the number of people affected by Ebola in the country to 17 from 14 based on the test results in the mobile laboratory on the spot.

On Friday, the minister inspected the city of Mbandaka, which has a population of nearly 1.2 million in northwestern DRC and is a major transportation hub with routes to the capital Kinshasa.

The city already has reports of Ebola cases.

During a working session with Mbandaka officials in charge of local response to the epidemic, Ilunga once again stressed the importance of monitoring the contacts with the affected.

He said that it is very important to anticipate the evolution of the epidemic and to break the chain of transmission.

The African country received Wednesday thousands of doses of vaccine against the Ebola virus sent by the WHO. The vaccination campaign will be targeted at exposed health professionals, those who have been in contact with confirmed cases.

According to the health ministry's statement on Thursday, the total number of Ebola cases in the DRC was 45, including 10 suspected cases, 21 probable cases and 14 confirmed cases. ■

Race against time in Congo: WHO to hold emergency Ebola meeting
Ebola case confirmed in urban area in Congo
Ghana on alert over Ebola outbreak in Congo