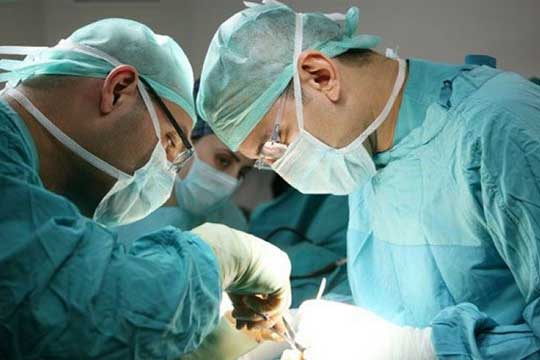 "Wound complications in medial thighplasty are common, but most are minor and can be managed without reoperation," according to the new research by ASPS member surgeon, Dr. Jeffrey Adam Gusenoff and colleagues of University of Pittsburgh. The study is the first detailed look at complications after thigh lift surgery, performed as part of body contouring surgery after bariatric (weight reduction) surgery.

Dr. Gusenoff and coauthors analyzed their experience with medial thigh lift in 106 patients with massive weight loss, mainly after bariatric surgery. The patients were 90 women and 16 men, average age 45 years. Most patients undergoing bariatric surgery for severe obesity are left with excess, sagging skin folds of the thigh and other areas.

But while complications were frequent, they usually weren't serious. The most common issues were minor wound healing problems: problems with wound closure (dehiscence) and fluid collections (seromas). Most of these were managed without any further surgery.

Leg swelling (edema) developed in 22 percent of patients, most undergoing the most-extensive type of thigh lift surgery. In all but two cases, the edema cleared up within a year after surgery.

Edema occurred mainly in patients undergoing the most extensive type of thigh lift, while seromas were more likely in patients with high blood pressure. Infections were more common in older patients, those with low thyroid function, and those undergoing liposuction at the same time as thigh lift.

With the increased use of bariatric surgery, the numbers of patients seeking body contouring surgery after massive weight loss have increased sharply. Thigh lift surgery has demonstrated functional and cosmetic benefits for patients, but concerns about complications may limit the use of this procedure.

"Despite these considerable challenges, massive weight loss patients also stand to benefit immensely from contouring procedures," Dr Gusenoff and colleagues conclude. The researchers believe their results will be useful in counseling patients as to what to expect after thigh lift surgery. They also outline some steps that may help to reduce the risk of common complications, and call for further studies to compare the outcomes of different surgical techniques. ■

It's not so heavy. It was too heavy - Hernia
Demand for cosmetic surgery procedures continues to skyrocket
How long does it take for meniscus to heal?

IMF freezes aid to Athens until after general elections