Staff Writer | June 13, 2018
At least one person has died of cholera in the central lakeshore district of Salima in Malawi, barely a month after Health Ministry declared the country free of the disease. 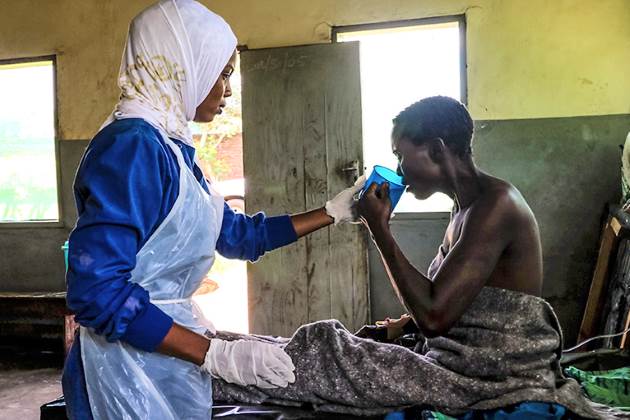 Africa   A month after Health Ministry declared the country free
Between November 2017 and April 2018 cholera killed at least 30 people in the central African country with the capital Lilongwe and the northern border district of Karonga leading in number of deaths.

Health authorities both at district and national level confirmed to local media Tuesday that the death occurred on Friday and that the results of the specimen that were taken and were released Monday confirmed that death was due to cholera.

Salima district recorded 99 cases of cholera and 5 deaths between November 2017 and April 2018 while close to 1,000 cases were recorded at national level with at least 30 deaths during the same period.

The resurfacing of the disease after it was declared over has worried the Ministry of Health and players in the country's health sector.

Ministry of Health spokesperson, Joshua Malango suspected that people might have relaxed after the declaration of the country being cholera free hence the resurfacing.

The previous outbreak mostly affected lakeshore districts, central parts of the country including the capital and some of the southern districts. ■

New merger and takeover rules came into force in UK