Child with autism improves with antibiotic

Staff writer ▼ | March 26, 2015
John Rodakis, the parent of a child with autism was not looking to launch an investigation into the microbiome microorganisms and autism, but when his young son's autism unexpectedly and dramatically improved while taking an antibiotic for strep throat, he began a quest to understand why. 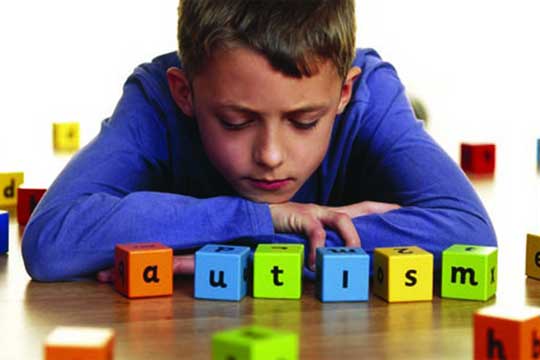 Breakthrough   A surprise improvement in a kid with autism
Following the surprise improvement, Mr. Rodakis, who in addition to being a parent is also a medical venture capitalist with a background in molecular biology and a Harvard MBA, began to examine the medical literature where he found a lone study from 1999 conducted at Chicago Rush Children's hospital that documented a similar phenomenon in autistic children.

After speaking with other parents and clinicians he discovered that improvements on antibiotics such the one his son experienced were frequently observed, but not well studied.

The Father's quest, as he describes in his newly published article in the scientific journal Microbial Ecology in Health and Disease, led him to world-renowned autism researcher Richard Frye, head of the Autism Research Program at Arkansas Children's Hospital Research Institute and his team and together they began a collaboration that grew to include other researchers from many different medical disciplines from all parts of the world.

Two ideas emerged: that the group should design a research trial to try to understand this unusual phenomenon and to hold a scientific conference on autism and the microbiome.

This past June, the group held a first-of-its-kind conference: The First International Symposium on the Microbiome in Health and Disease with a Special Focus on Autism which was co-sponsored by Mr. Rodakis' newly formed non-profit N of One: Autism Research Foundation.

As a result of that conference, a special issue on Autism and The Microbiome is being published in the peer-reviewed scientific journal, Microbial Ecology in Health and Disease. The issue features articles from conference presenters and others including an article by Mr. Rodakis "An n=1 case report of a child with autism improving on antibiotics and a father's quest to understand what it may mean."

New evidence for the microbiome's involvement in autism spectrum disorder has been rapidly accelerating in recent years. Fifteen years ago, another autism parent, Ellen Bolte, had what at the time was a far-fetched hypothesis: that gut bacteria played a role in some cases of autism.

Her efforts resulted in the 1999 small, but ground-breaking clinical trial conducted at Chicago Rush Children's hospital that Mr. Rodakis found while doing his research. Today, that hypothesis has grown into a large body of evidence demonstrating a link between the microbiome and autism, also called the "gut-brain" connection.

In the article out this month, Mr. Rodakis outlines the personal story of how his child's autism symptoms improved while taking a common antibiotic and then goes on to summarize recent human and animal-model research into possible biological mechanisms at work.

Mr. Rodakis does not suggest that antibiotics are a treatment for autism, but rather may be useful as a research tool. Mr. Rodakis adds, "Current research is demonstrating that gut bacteria play previously undiscovered roles in health and disease throughout medicine. The evidence is very strong that they also play a role in autism. It's my hope that by studying these antibiotic-responding children, we can learn more about the core biology of autism."

Mr. Rodakis argues that that the microbiome's role in autism is a promising area for further research, though under-funded by the current major public and private organizations that fund autism research. ■