Staff Writer | February 2, 2018
Patients with an inherited form of colon cancer harbor two bacterial species that collaborate to encourage development of the disease, and the same species have been found in people who develop a sporadic form of colon cancer, a study led by a Johns Hopkins Bloomberg~Kimmel Institute for Cancer Immunotherapy research team finds. 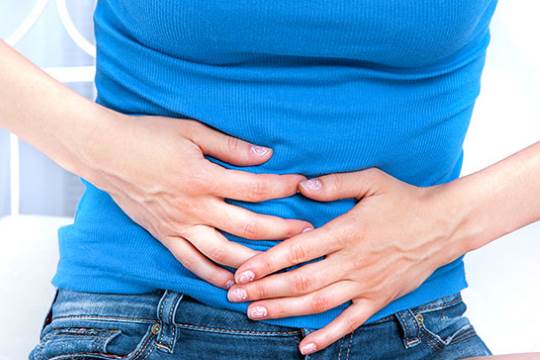 Tumors   The researchers used gene probes
A second study in mice published concurrently by the same researchers shows a possible mechanism behind how one of these species spurs a specific type of immune response, promoting - instead of inhibiting - the formation of malignant tumors.

Together, these findings could lead to new ways to more effectively screen for and ultimately prevent colon cancer, a disease that kills more than 50,000 people each year in the U.S. and is on the rise among younger adults age 20 to 50.

The complementary findings were published online Feb. 1 in Cell Host & Microbe and in the Feb. 2 issue of Science.

The Science findings describe a process in which these bacteria invade the protective mucus layer of the colon and collude to create a microenvironment - complete with nutrients and everything the bacteria need to survive - that induces chronic inflammation and subsequent DNA damage that supports tumor formation.

These findings suggest a change in the standard of care for people who carry both types of bacteria.

"More frequent colon cancer screening than the currently recommended once every 10 years should be considered," says Drew Pardoll, M.D., Ph.D., director of the Bloomberg~Kimmel Institute for Cancer Immunotherapy.

Ultimately, once better understood, administering drugs or vaccines to prevent colonization of the bacteria in the colon, and potentially even probiotics to chase the bugs from the colon, are preventive measures that could be explored to interrupt the cancer-promoting process.

These new findings by Cynthia Sears, M.D., professor of medicine, and a researcher at the Johns Hopkins Kimmel Cancer Center's Bloomberg~Kimmel Institute, are built upon her earlier research showing that particular strains of bacteria can invade the colon mucus in at least half of patients who get colon cancer but who have no inherited predisposition for the disease.

Unlike most bacteria, which do not make it past the colon's protective mucus layer, these communities of bacteria that invade the mucus form a sticky biofilm right next to the colon epithelial cells that line the colon, where colon cancer usually originates.

There, Sears and colleagues propose, these bacterial communities may eventually help the epithelial cells to become cancerous.

About 5 percent of colon cancers are caused by a hereditary syndrome called familial adenomatous polyposis (FAP), in which an inherited mutation launches a series of genetic changes that develop over time and eventually prompt the epithelial cells to turn malignant.

However, Sears says, it was unclear whether ETBF or other bacteria played a role in the progression to colon cancer in FAP patients.

To investigate the relationship between the bacteria-caused biofilms and cancer formation, she and her colleagues examined colon tissue removed from six FAP patients.

Tests showed patchy sections of biofilms distributed along the colon's length in about 70 percent of the patients.

The researchers used gene probes to identify the particular bacterial species and found that the biofilms consisted mainly of two types, Bacteroides fragilis and Escherichia coli, a surprising finding since the colon contains at least 500 different types of bacteria.

Tests on 25 additional colon samples from FAP patients showed that the B. fragilis strain was a subtype, called ETBF, which makes a toxin that triggers certain oncogenic, or cancer-promoting, pathways in colon epithelial cells and causes colon inflammation.

The E. coli strain produced a substance called colibactin (synthesized by a set of genes in the bacterial genome called the PKS island), which causes DNA mutations. "It is the combination of these effects, requiring coexistence of these two bacteria, that creates the 'perfect storm' to drive colon cancer development," says Sears.

Both types of bacterium are found to commonly colonize young children worldwide, potentially contributing to the rise in colon cancer rates among younger people. ■