Christian Fernsby ▼ | January 27, 2020
U.S. private sector firms indicated a faster expansion of business activity in January, with the pace of growth accelerating to a ten-month high. 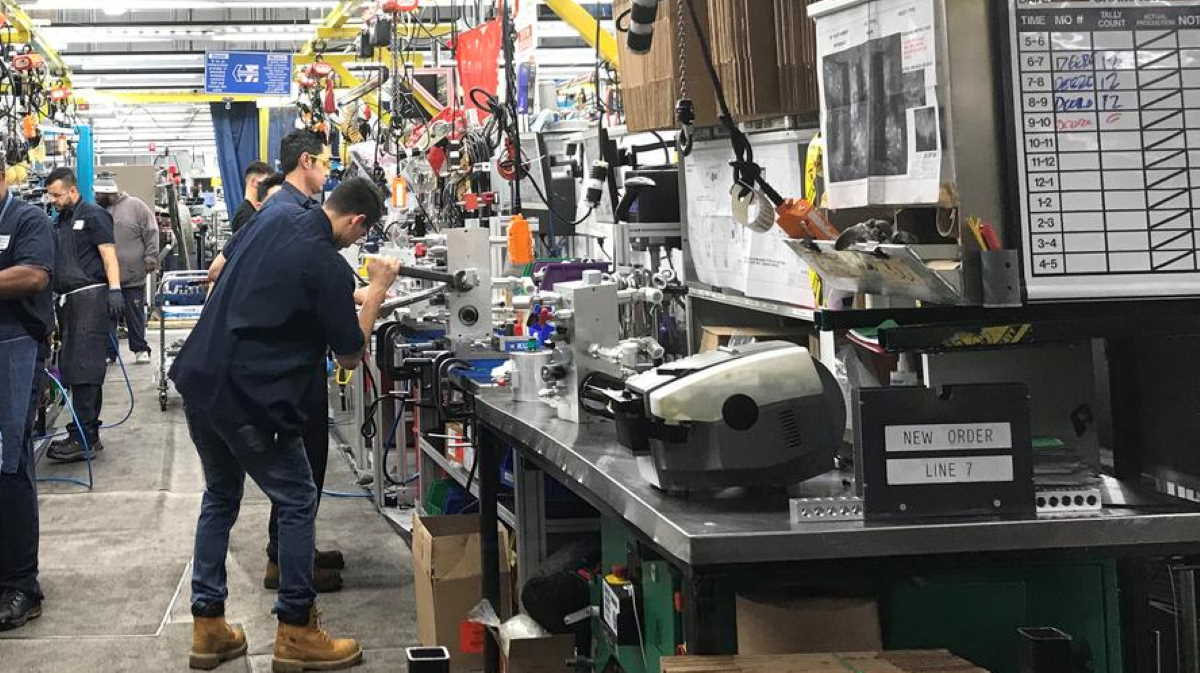 Adjusted for seasonal factors, the IHS Markit Flash U.S. Composite PMI Output Index posted 53.1 in January, up from 52.7 in December, to indicate the quickest rise in output since last March.

The increase in output was solid overall, despite the pace of growth remaining below the series long-run trend.

The composite index is based on original survey data from IHS Markit’s PMI surveys of both services and manufacturing.

New business across the private sector continued to rise in January, albeit at a softer pace.

The upturn in client demand softened slightly as both manufacturers and service providers registered slower expansions of new orders.

Nevertheless, firms expanded their workforce numbers at a faster rate in January.

Employment grew for the third successive month and at the quickest pace since last July.

The rate of job creation accelerated to a six-month high at service providers, while manufacturers registered the slowest rise in workforce numbers since last September.

Meanwhile, price pressures across the private sector remained historically subdued, despite the rate of input cost inflation picking up to a sevenmonth high.

Average output charges rose at only a marginal pace, with the rate of inflation easing from December’s ten-month high.

At the same time, output expectations across the private sector improved at the start of 2020, with optimism reaching a seven-month high in January.

This signalled a solid increase in service sector output that was the fastest since last March.

Although the pace of output growth accelerated, the expansion in new orders moderated slightly.

The upturn in sales was the third in as many months, and signalled stronger client demand compared to the second half of 2019.

Service providers were buoyed by further business activity growth and increased their workforce numbers, and at a quicker rate.

Service sector firms signalled an improvement in business expectations, as the degree of optimism reached a seven-month high.

However, business confidence remained well below the series trend Finally, the rate of input price inflation quickened to the sharpest since last July, despite being historically muted.

In an effort to remain competitive, services firms raised their output charges at only a modest pace.

Manufacturing firms noted a slower improvement in operating conditions in January, as signalled by a slight dip in the IHS Markit Flash U.S.

Notably, the latest upturn in the health of the sector was the softest since last October.

Although output continued to rise at a moderate pace, new business growth was only marginal as both domestic and foreign client demand softened.

Furthermore, new export orders for the first time since last September, though only slightly.

Nevertheless, goods producers continued to increase their workforce numbers at the start of 2020, albeit at the slowest pace for four months.

The softer rise in employment coincided with signs of easing capacity pressures, with January seeing the first fall in backlogs for four months.

At the same time, price pressures eased across the manufacturing sector in January.

A weaker increase in cost burdens occurred alongside only a fractional rise in factory gate charges. ■