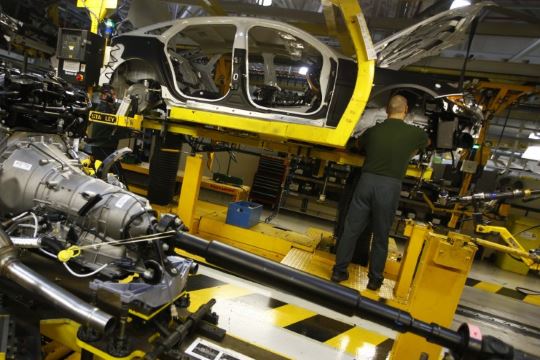 Compared to last year, manufacturing output surprisingly rose 0.2% when economists had expected a 0.1% fall after the 0.5% year-on-year rise in August.

Industrial production as a whole was down 0.4% on the previous month, for the second consecutive month, versus the consensus estimate of a flat reading.

This was mainly due to a fall in oil and gas extraction from the North Sea maintenance work, plus a drop in mining and quarrying activity.