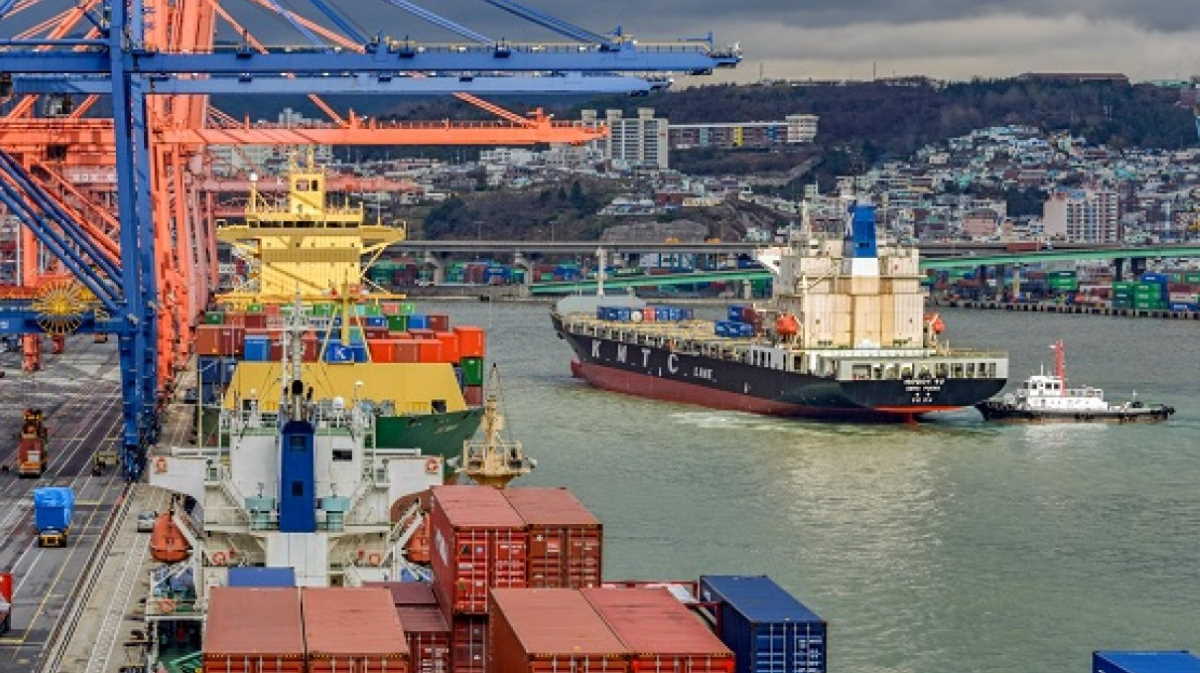 Economy in South Korea   South Korea port
The decline was attributed to the reduced number of business days 2.5 days in the month, on which the Lunar New Year holiday fell.

South Korea's export fell 6.1 percent in the first month of this year, keeping a downward trend for the 14th consecutive month, a government report showed.

Export, which takes up about half of the export-driven economy, amounted to 43.35 billion U.S. dollars in January, down 6.1 percent from a year earlier, according to the Ministry of Trade, Industry and Energy.

The daily average export gained 4.8 percent over the year to 2.02 billion dollars in January, marking the first rebound in 14 months. It raised expectations for the export recovery in the first half of this year.

Import slipped 5.3 percent from a year earlier to 42.73 billion dollars in January, sending the trade surplus to 0.62 billion dollars. The trade balance stayed in the black for 96 months in a row. ■