Staff Writer | June 7, 2018
The latest survey data indicated a loss of growth momentum across Myanmar’s manufacturing sector in May. 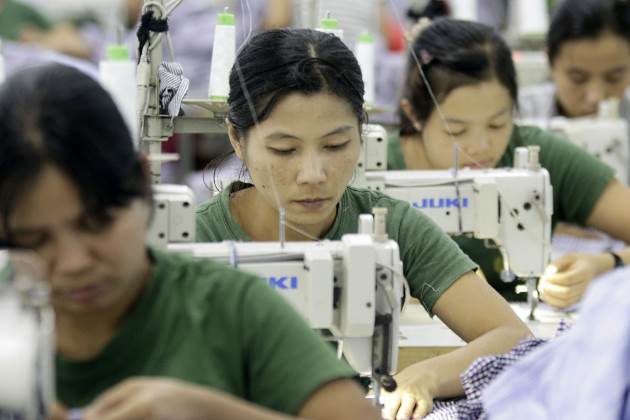 Myanmar   Output levels continued to rise strongly
Although the overall expansion was solid, it was the weakest for three months.

That said, backlogs continued to contract at a marked pace, and employment growth eased to the slowest since last November.

At 52.6 in May, the headline Nikkei Myanmar Manufacturing Purchasing Managers Index (PMI) – a composite single figure indicator of manufacturing performance – was down from April’s series-record high of 55.5.

Despite the overall growth performance easing to a three-month low, it was still solid overall and well above the average for 2017 as a whole.

Output levels across the manufacturing sector continued to rise strongly, despite the rate of expansion easing to a three-month low.

Similarly, new orders received by goods producers increased at a strong, but slower pace in May.

Although the rate of growth dipped to the weakest since the start of the year, survey respondents linked the rise to greater client demand.

On the price front, greater demand for inputs and a scarcity of raw materials were reportedly behind a marked rise in cost burdens.

Some survey respondents also suggested that the recent end to a ban on bean and pulse exports to India had pushed costs up.

Moreover, the rate of input price inflation was the fastest since January.

Output charges also increased at a pace that was faster than the series trend in May.

The rate of inflation quickened to a four-month high, and was largely attributed to the pass-through of higher raw material prices to clients.

Amid further reports of a scarcity of raw materials, vendor performance across the manufacturing sector continued to deteriorate.

Supplier delivery times lengthened to the joint-greatest extent since August 2016, despite delays being only marginal overall.

A slight dip in new order growth impacted purchasing activity in May.

Input buying continued to rise, but at the weakest rate since January 2017.

In line with a slightly slower output expansion, employment growth softened to a fractional pace.

The rate of job creation was the slowest since November 2017.

Weaker pressure on production capacity was also reflected in a marked contraction in backlogs.

Business confidence remained muted in May, despite the degree of optimism increasing slightly. ■