Christian Fernsby ▼ | May 4, 2020
April data signalled an unprecedented contraction in production across the U.S. manufacturing sector, overwhelmingly linked to measures implemented to contain the COVID-19 outbreak. 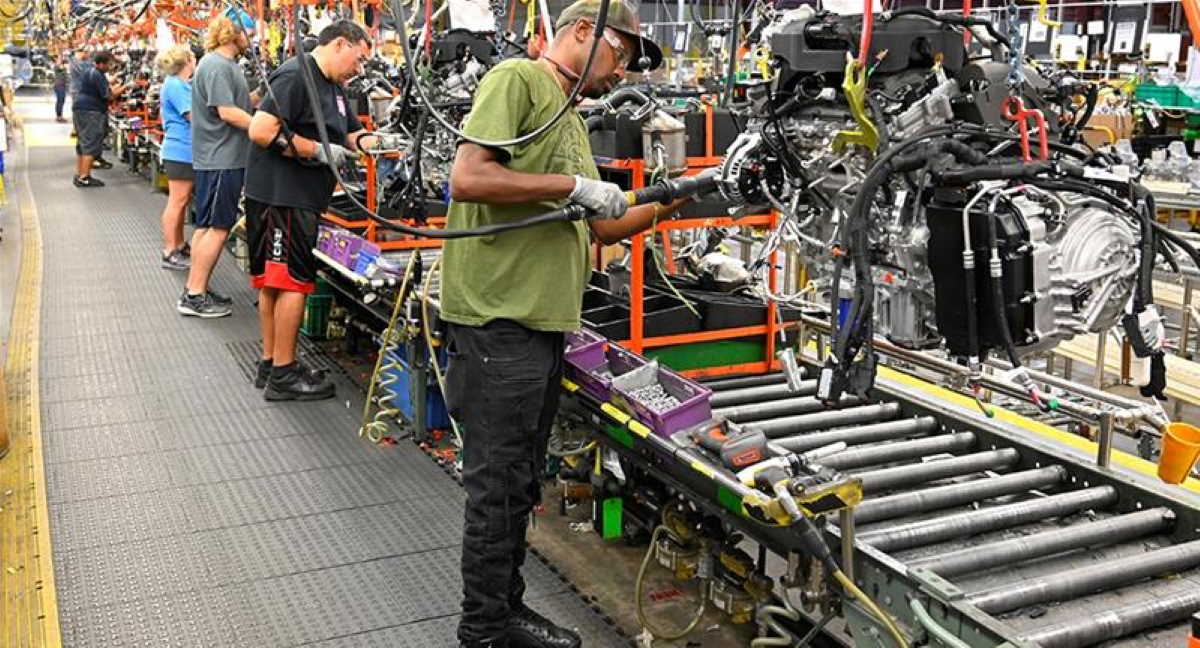 The U.S.   U.S. manufacturing
Factory closures were widely reported and the frequent cancellation or postponement of orders resulted in the largest monthly drop in the new orders index on record.

Spare capacity across the sector and pessimism about the year ahead meanwhile resulted in the fastest fall in employment since March 2009, despite efforts to furlough staff.

Both input costs and output charges fell sharply as companies and their suppliers offered discounts to boost sales.

The seasonally adjusted IHS Markit final U.S. Manufacturing Purchasing Managers’ Index (PMI) posted 36.1 in April, down from 48.5 in March and the previously released 'flash' figure of 36.9.

The headline reading was the lowest for just over eleven years, despite being buoyed by the greatest deterioration in suppliers’ delivery times since data collection began in May 2007 (ordinarily a signal of improving manufacturing demand but currently the result of virus-related supply constraints).

Driving the headline figure down was the steepest decline in output in the series history.

The unprecedented contraction in production was widely linked to factory and other business closures following the implementation of COVID-19 related emergency public health measures.

New orders decreased at the most marked pace since January 2009, as customers reportedly cancelled or postponed orders amid a broad-based contraction in consumer and business spending.

Domestic and foreign client demand declined, with new export orders falling at the quickest rate in the series history.

Lower sales from abroad were attributed to the global nature of the pandemic escalation, with numerous key export markets badly affected.

Ongoing uncertainty and fear surrounding the longevity of lockdown procedures led business confidence to slump to a series low in April.

Firms were pessimistic regarding the outlook for output over the coming year on average for the first time in the series history (since July 2012), with companies reportedly struggling to plan for their short-term futures.

At the same time, firms reduced their staffing levels in increased numbers.

The fall in employment was the steepest since March 2009.

Greater spare capacity drove the decline, as backlogs of work decreased at the most marked rate for eleven years.

An associated fall in input costs reportedly stemmed from the drop in demand for inputs and a notable decrease in fuel prices.

Firms partially passed lower input prices on to clients through a further and faster decrease in factory gate charges.

The fall in output prices was the steepest since data collection began in May 2007.

Finally, a reduction in input buying and lower client demand led to a depletion of inventory levels.

Stocks of purchases and finished goods both fell at the steepest rates for 11 years. ■