Staff Writer | May 16, 2018
In the first quarter, the economy in Romania expanded 4.0% over the same period last year, according to a preliminary estimate released by the National Institute of Statistics on 15 May. 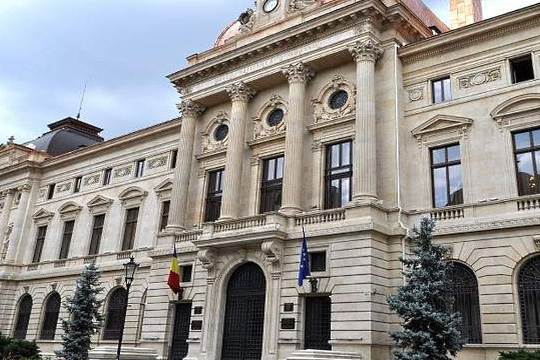 Romania   FocusEconomics
The figure marked the weakest result since Q3 2015 and was a notable deceleration from Q4’s strong 6.9% year-on-year expansion. It also came in well below market expectations of 5.4% growth.

Although a breakdown by components is not yet available, a fast decline in retail sales growth in the first quarter, likely due to increasing inflationary pressures, suggests household spending weakened notably. Moreover, industrial production readings followed a similar path.

Industrial production expanded at a solid pace at the beginning of the quarter but barely grew in March, pointing to the effects of economic overheating and indicating fixed investment could have cooled.

Additionally, exports outpaced imports throughout Q1, and in the same period the current account deficit more than doubled compared to Q1 2017, suggesting the external sector dragged heavily on growth.

FocusEconomics Consensus Forecast panelists expect the economy to grow 4.0% in 2018, which is unchanged from last month’s projection. For 2019, the panel expects the economy to expand 3.5%. ■