Staff Writer | May 7, 2018
Although Brazil’s private sector continued to expand in April, there were signs of growth cooling. 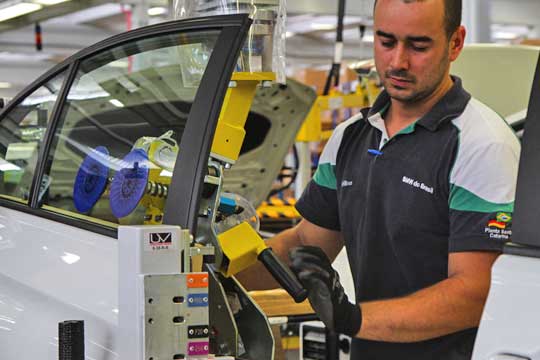 At the same time, business sentiment was at a four-month low.

Down to 50.6 in April, from 51.5 in March, the seasonally adjusted Brazil Composite PMI Output Index edged closer to the no-change mark of 50.0.

The latest figure was still indicative of private sector output growth, albeit one that was the weakest in the current four-month period of expansion.

The headline figure fell from 50.4 in March, when growth had been noted for the second month in a row.

Whereas some companies indicated that new business gains boosted activity at their units, others suggested that reduced client bases combined with unfavourable political and economic conditions resulted in lower output.

Services new business increased at the start of the second quarter, extending the current period of expansion to four months.

That said, the upturn was modest and the weakest seen since January.

With growth of factory orders also softening, the Composite New Orders Index fell to a three-month low in April.

Survey data highlighted an increasing degree of spare capacity among service providers in Brazil, as outstanding business declined at the secondsharpest pace in the current 33-month period of falling backlogs.

Outstanding work at goods producers also decreased, but at the weakest rate in over two years.

Workforce numbers were lowered again in the service sector, with job shedding having now been recorded for 38 months.

Some companies suggested that the fall in payroll numbers reflected ongoing efforts to reduce costs.

The rate of contraction was moderate, however, and among the slowest seen in this sequence.

Although manufacturers continued to hire, the upturn was insufficient to offset the decline in services jobs and private sector employment fell further.

There were mentions of rising prices for energy, fuel and raw materials, while a number of firms also suggested that staff salaries had been increased in line with higher living costs.

A faster rise in purchasing prices was similarly recorded in the manufacturing sector.

Some service providers indicated that their selling prices were increased in April due to greater cost burdens, but other firms suggested that competitive pressures limited pricing power.

As a result, the overall rate of charge inflation was marginal.

At the same time, factory gate charges rose at a slower rate.

New partnerships, governmental changes and restructuring plans were among the reasons underpinning confidence.

However, worries towards political and economic issues weighed on sentiment.

As a result, optimism fell to a four-month low.

Similarly, manufacturing confidence faded to the lowest since last October. ■