Pace of growth in Germany moderates in Q1

Staff Writer | May 25, 2018
A detailed breakdown of economic growth released on 24 May by Destatis confirmed the preliminary estimates that showed momentum in the German activity moderated significantly in the first quarter of the year. 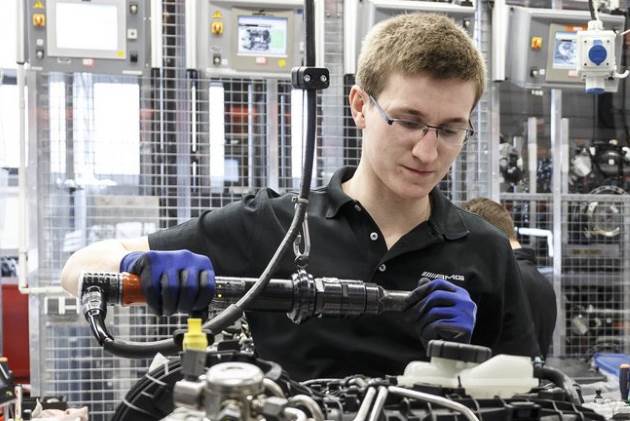 Germany   A detailed breakdown of economic growth
Economic activity expanded 0.3% over the prior quarter, which was markedly below the fourth quarter’s 0.6% quarter-on-quarter increase.

Although the moderation had been suggested by data for the January–March period, the extent of the slowdown surprised market analysts on the downside.

While the recovery of momentum will likely be moderate, based on available data for the second quarter, robust fundamentals should help the economy recover from Q1’s lull going forward.

Economic growth in the first quarter came on the back of robust domestic demand, as the external sector made a negative contribution.

Domestic demand was buttressed by a pick-up in private consumption growth and a rebound in fixed investment, which offset a contraction in public expenditure.

In March, unemployment reached the lowest level on record since the German reunification, while consumer confidence reached an over sixteen-year high in February and has remained elevated since.

Fixed investment accelerated from a meager 0.3% growth rate in the fourth quarter of last year to expand a strong 1.7% in the first quarter.

The result was sufficiently broad-based, with all sub-sectors recording solid growth rates; however, investment in the construction sector rose at the quickest rate.

Government consumption meanwhile, contracted for the first time in almost five years and came in at -0.5% over the prior quarter, markedly contrasting the fourth quarter’s 0.4% expansion.

The external sector also dragged on growth, as net exports contributed -0.1% to GDP in the first quarter.

The deterioration in the external sector was broad-based, with both exports and imports contracting over the prior quarter.

Exports fell 1.0% in the first quarter, contrasting a strong 2.6% expansion in the fourth quarter amid a strong euro, ongoing geopolitical and trade tensions across the globe and Brexit-related uncertainty.

Meanwhile, imports contracted 1.1% from the previous quarter, contrasting the robust 1.8% expansion logged in the fourth quarter.

On an annual basis, economic growth slowed from 2.9% in the fourth quarter to 2.3% in the first quarter when adjusted for prices and calendar effects.

Although the loss of steam was more severe in the first quarter than market analysts had anticipated, the German economy should recover somewhat in the second quarter, although indicators point to a slow return of growth momentum.

In May, the composite Purchasing Managers’ Index (PMI) moderated for the fourth consecutive month. Meanwhile, consumer confidence eased in the first two months of the quarter, although it remained elevated.

Of more pressing concern, however, is anecdotal evidence suggesting a constrained labor supply and a lack of investment in the private sector, limiting production output.

Nonetheless, macroeconomic fundamentals in Germany remain strong, and the economy is expected to continue riding a wave of robust growth this year and the next, supported by robust domestic and foreign demand. ■