Staff Writer | May 15, 2018
Ratings agency Moody's warned Argentina about the "structural weakness" in its economy. 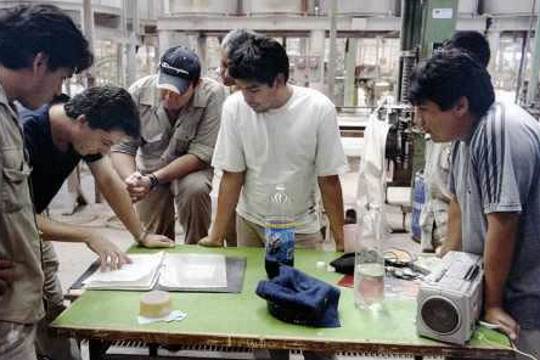 LatAm   Investor outflows and portfolio rebalancing
It also warned that the government's measures to face the "financial turbulence" in the past two weeks would be effective but would drag GDP growth down in 2018.

In a report, Moody's said that "high inflation, a heavy reliance on investor flows and a small domestic financial and credit market" had exposed Argentina's "significant structural weaknesses."

Gabriel Torres, Moody's Vice President and Senior Credit Officer for Argentina, wrote that "the peso's weakening is credit negative in light of Argentina's very high reliance on portfolio flows to fund both its fiscal and its external current account deficits."

Torres said that the government's response has included "sharp increases in interest rates, a reduction in 2018 public investment and the opening of discussions with the IMF for a flexible credit line."

However, while he accepted that these "proactive actions seek to deter financial turbulence from affecting the real economy," he predicted they would lead to lower economic growth this year.

Moody's said that peso's depreciation began in late 2017 after the central bank announced it was relaxing its inflation targets.

"The peso began significantly depreciating late last year following the central bank's easing of inflation targets... Investor outflows and portfolio rebalancing have resulted in a depreciation of 24 percent since the beginning of 2018," said the statement.

After two weeks of currency volatility, the dollar reached its highest point against the peso on Friday, which traded at 23.73 for one dollar. On Monday, this shot up further to 25.1 for one dollar.

The Argentinean central bank has intervened in the market to halt the slide of the peso, including increasing its base interest rate to 40 percent.

According to a statement from the treasury ministry, the line of credit would be of the "Stand by" type, one of the IMF's traditional modes of financing but which sees it involve itself in the economic policies of the country in question.

Analysts believe the IMF is likely to offer between 20 and 30 billion U.S. dollars to Argentina, although Buenos Aires needs to account for a similar amount on Tuesday due to the expiration of treasury bonds.

The central bank is set to renew them, however, along with a rise in the interest rate of such bonds. ■