Manufacturing in South Korea improve to greatest extent in 55 months

Staff Writer | December 5, 2017
Business conditions in the South Korean manufacturing sector improved to the greatest extent since April 2013 in November. 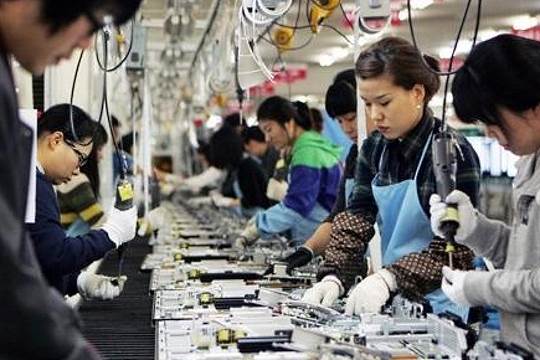 There were still signs of weakness externally however, with new export orders broadly unchanged from October.

A positive business environment coincided with the highest degree of optimism since April 2016.

The headline figure signalled a modest improvement in the health of the manufacturing sector.

That said, it was the sharpest expansion since April 2013.

Orders placed with South Korean manufacturers increased at the joint-fastest rate for 55 months in November, on a par with September this year and August 2014.

However, there was evidence to suggest that higher demand was underpinned by the domestic market, as new export orders were broadly unchanged from the previous month.

To accommodate for growth in new work, firms boosted production at the strongest rate for 33 months.

That said, this did not encourage firms to raise employment.

As has been the case since September, South Korean manufacturing firms cut payroll numbers.

On the price front, input cost inflation was sharp, despite easing slightly since October.

Consequently, firms passed on part of the increased cost burden to customers.

Despite greater input costs, businesses were encouraged to increase input buying due to higher inflows of new work.

Purchasing activity increased at the joint-quickest pace in 55 months, on a par with January 2014.

As a result of greater demand and rising input prices, South Korean manufacturing companies were less cautious about pre-production inventory levels in November.

Input stocks were accumulated at the fastest rate since December 2008. ■