Manufacturing in Mexico in expansion mode for sixth straight month

Staff Writer | May 4, 2018
The Mexican manufacturing economy expanded further in April as ongoing improvements in demand encouraged firms to lift production and employment. 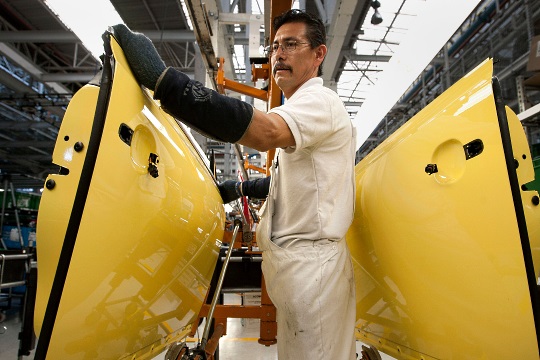 There were, however, signs of a slowdown as softer rates of growth were noted for production and order books.

The seasonally adjusted IHS Markit Mexico Manufacturing PMITM fell from 52.4 in March to 51.6 in April, highlighting a softer improvement in business conditions across the sector.

Weighing on the headline figure were slower expansions in new orders and output, as well as a decline in stocks of purchases and easing pressures on supply chains.

Out of the five PMI sub-components, only employment gained momentum from March.

Despite moderating since the prior survey period, new order growth remained solid.

The rise was the sixth in successive months, with firms securing new work from domestic and external clients.

New export work increased for the second month in a row, with panellists indicating greater sales to South America and Asia.

The slowdown in growth of total new work was matched by a softer expansion in production.

The upturn in output was the sixth in as many months, though the least pronounced in this sequence.

Subdued output growth combined with rising demand caused a decline in stocks of finished goods across Mexico for the first in one year.

Holdings of inputs likewise decreased in April, ending a five-month sequence of accumulation.

Rates of inflation for both input costs and output charges moderated at the start of the second quarter of 2018.

The former continued to show a considerably stronger upturn than the latter.

Survey participants reported higher prices paid for a wide range of raw materials, but steel in particular was frequently mentioned as having become costlier.

Little-changed since March, the pace of expansion was slight.

As for business prospects, Mexican manufacturers were strongly optimistic.

Product diversification, export opportunities and machinery upgrades were among the reasons cited for positive expectations towards the 12-month outlook for production.

Boosted by this buoyant mood, job creation picked up in April.

The rise in employment was solid and the most pronounced since August 2017.