German economy to grow much stronger than expected in 2017

Staff Writer | November 20, 2017
The German economy will grow much more strongly than expected in 2017, expanding at its fastest rate in six years, the Ifo institute said, adding that the broad-based upswing would extend into next year. 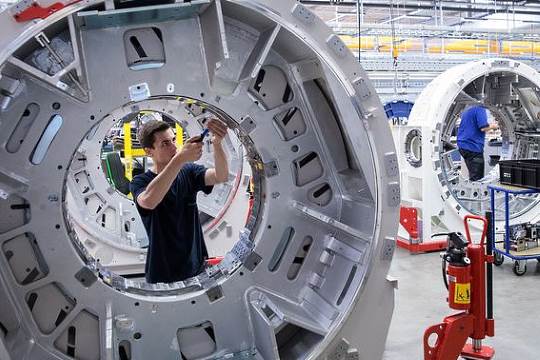 Germany   The biggest economy in Europe
Europe's biggest economy is in the middle of a consumer-led upturn, helped by record-high employment, moderate inflation and ultra-low borrowing costs. Exports and company investments in equipment have kicked in as additional growth drivers in the past months.

Tax revenues and the state's budget surplus are growing, which should improve Chancellor Angela Merkel's chances of successfully concluding tricky negotiations on a three-way coalition agreement in coming days.

Ifo raised its 2017 growth forecast to 2.3 percent from 1.9 percent, its economist Timo Wollmershaeuser said, confirming a pre-release of a report by Der Spiegel magazine to be published on Saturday.

This would be the strongest growth rate since the 3.7 percent registered in 2011, when massive state spending followed the financial crisis and the global economic downturn.

The new Ifo estimate translates into a calendar-adjusted gross domestic product (GDP) growth rate of around 2.6 percent, Wollmershaeuser told Reuters, adding that he expected the strong upswing to carry on into 2018. ■