Christian Fernsby ▼ | May 5, 2020
Euro area manufacturing experienced a substantial deterioration in operating conditions during April as government restrictions to limit the spread of the coronavirus disease weighed on the sector. 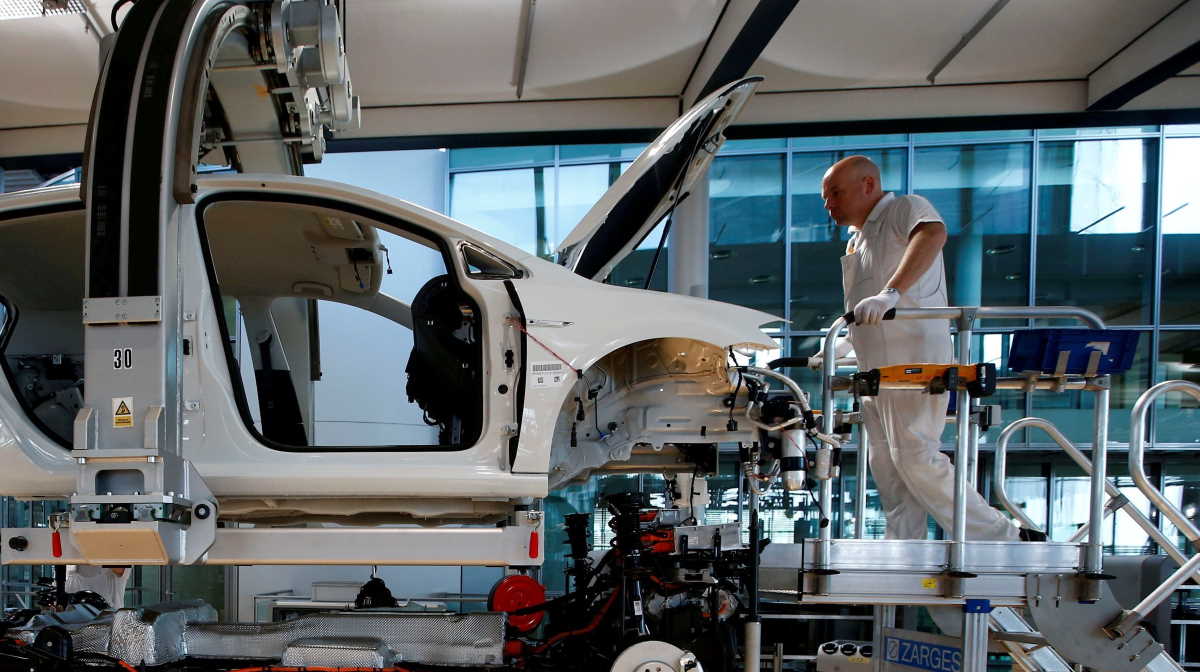 Confidence about the future sank to a fresh series low.

The IHS Markit Eurozone Manufacturing PMI® registered 33.4 in April, down sharply from March’s 44.5.

Below the earlier flash reading, the latest PMI was the lowest ever recorded by the series (which began in June 1997), surpassing readings seen during the depths of the global financial crisis and indicative of a considerable deterioration in operating conditions.

At the country level, PMIs were down across the region, with numbers either at record lows (Austria, France, Greece, and Italy) or registering readings only surpassed during the worst of the global financial crisis.

Greece and Spain recorded the lowest PMI numbers, followed by Italy and France.

Netherlands fared the best, but even here the rate of contraction was considerable.

Aggregate output in the euro area deteriorated at a survey-record rate during April, as did new orders.

Restrictions on non-essential economic activities and associated social-distancing measures were widely reported to have led to a broad-based pause for demand and production.

With similar restrictions also in place around the world, combined with transportation challenges, export trade also fell at a survey record pace.

Delays in transport routes, plus challenges in sourcing materials and company closures meant that the time taken for deliveries to arrive at manufacturers continued to lengthen.

According to the latest survey data, average lead times deteriorated during April at an unprecedented rate in the survey’s near 23-year history.

Demand for input goods was also markedly reduced as firms cut back on non-essential purchasing.

Preferring instead to utilise existing inventories to bolster cashflow and working capital, the decline in buying activity was the sharpest in the survey history.

The sharp deteriorations in output and orders meant that excess capacity continued to develop during April as evidenced by a noticeable drop in backlogs of work.

The fall was the twentieth in successive months and the sharpest recorded by the survey since February 2009.

Moreover, the rate of contraction was considerable and the sharpest since April 2009.

Job losses were especially acute in Greece, Ireland and Spain.

Amid reports of falling prices for oil and related items, average input costs declined markedly during April and for an eleventh successive month.

Output charges also fell, and to the greatest degree recorded by the survey in ten-and-a-half years.

Looking to the coming year, manufacturers were extremely downbeat about future output.

Worries about the longer-term impacts on economic activity and demand meant that sentiment fell to a new series low in April.

Of the countries covered by the survey, Spanish, German and Austrian manufacturers were the most pessimistic of all. ■