Christian Fernsby ▼ | May 22, 2020
The eurozone economy remained stuck in its deepest downturn ever recorded in May due to ongoing measures taken to control the coronavirus disease outbreak, according to provisional PMI survey data. 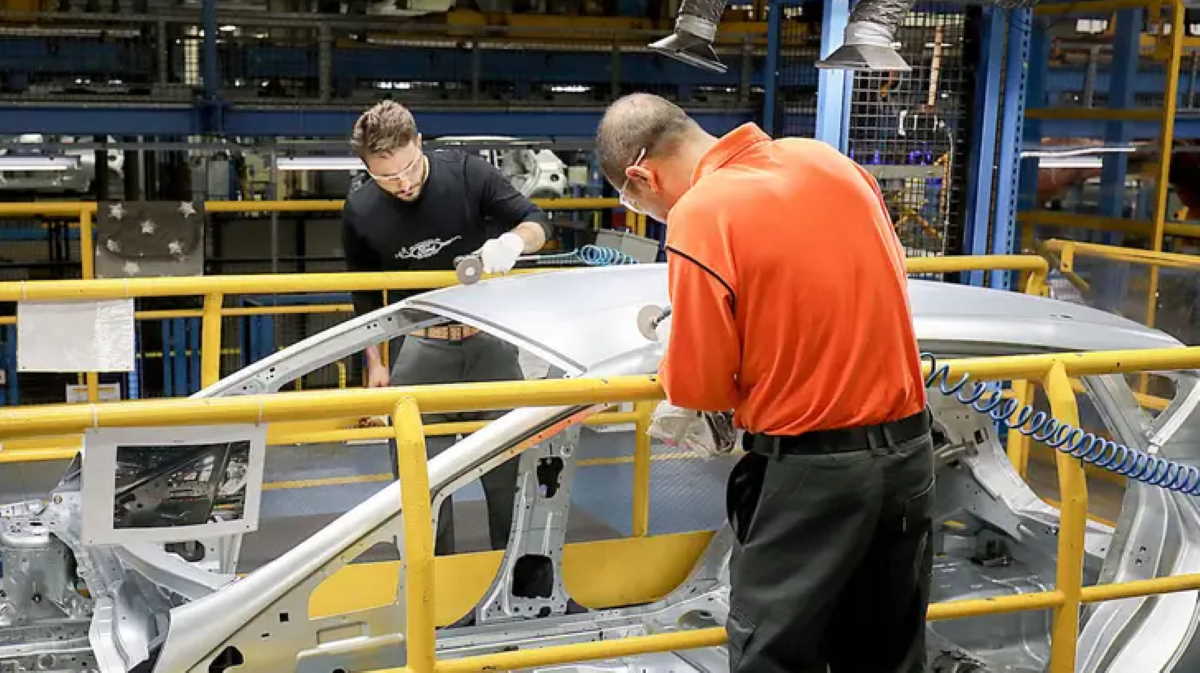 Decline   Europe factory
However, the rate of decline eased as parts of the economy started to emerge from lockdowns.

The flash IHS Markit Eurozone Composite PMI rose from an all-time low of 13.6 in April to 30.5 in May, its highest since February.

By remaining well below the 50.0 no-change level, the PMI registered a third successive monthly fall in output and continued to indicate a rate of contraction in excess of anything seen prior to the COVID-19 outbreak.

The prior low of 36.2 was seen during the peak of the global financial crisis in February 2009.

The pandemic was again by far the most commonly cited cause of falling output, resulting in widespread closures of non-essential businesses, disrupting supply chains and hitting demand for a wide variety of goods and services.

The rise in the PMI nevertheless indicated a markedly slower pace of contraction compared to April’s record collapse.

The service sector business activity index picked up from 12.0 in April to 28.7, its highest since February, but social distancing and other virusrelated lockdown measures continued to hit businesses such as hotels, restaurants, travel and tourism and other consumer-facing firms especially hard, resulting in the third-steepest decline ever recorded.

The factory sector’s output index meanwhile rose from 18.1 in April to 35.4 in May, albeit likewise still indicating a rapid rate of decline.

Jobs consequently continued to be cut at a rate unprecedented prior to the COVID-19 lockdowns, the rate of staff cuts easing only modestly compared to April’s record.

Similar rates of job shedding were seen in services and manufacturing, as firms in both sectors sought to cut capacity in line with weaker demand.

Furlough schemes were often cited as having reduced the near-term need to reduce staffing numbers, but longer-term job retention depends on the speed at which order books will refill.

Backlogs of work fell sharply again in May, registering the second-steepest deterioration on record.

Overall inflows of new business fell to the third-greatest extent ever seen by the surveys as demand slumped further across both manufacturing and services, yet showed the smallest decline for three months to add to signs that the downturn has bottomed out.

Expectations of output in the coming 12 months meanwhile rose for a second successive month from March’s all-time low, albeit with the number of pessimists continuing to exceed optimists and the overall level of sentiment remaining below anything recorded before the pandemic.

Average prices charged for goods and services fell sharply for a third successive month as companies offered discounts to help stimulate sales, registering one of the largest monthly falls on record.

While the rate of price cutting eased slightly in the service sector, prices charged for goods continued to fall at the fastest rate since October 2009.

Having fallen in April to an extent not seen since July 2009, input costs dropped markedly again in May, the rate of decline moderating only slightly in services but reaching the fastest for over four years in manufacturing.

Looking by region, rates of output decline eased across France and Germany, as well as collectively across the rest of the region, from the unprecedented downturns seen in April, though in all cases remained fiercer than any time prior to the COVID-19 outbreak.

Germany again saw a modestly milder downturn than France while the rest of the eurozone saw the steepest decline. ■

Greece releases list of 20 nations that can send tourists