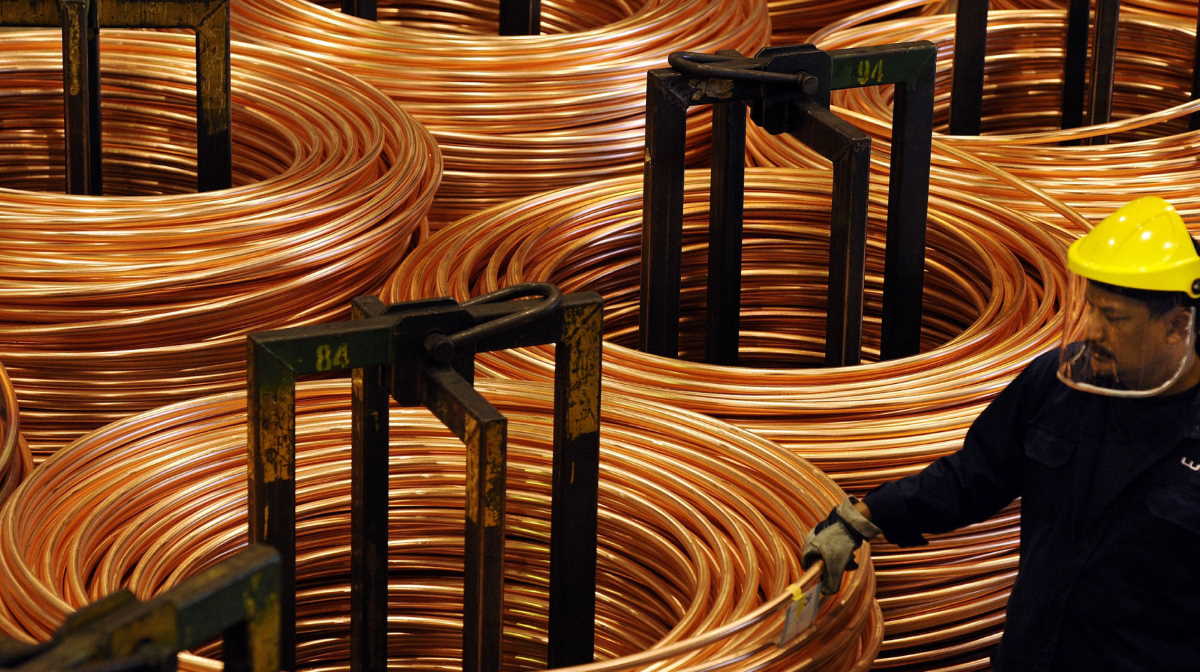 Rising metal prices meanwhile led to a sharper uptick in input costs, with firms in response raising output charges at the quickest pace since March 2019.

The seasonally adjusted Global Copper Users Purchasing Managers Index (PMI) fell for the third successive month from 49.6 in December to 49.4 in January, pointing to another slight decline in the health of the global copper-using industry.

The rate of deterioration was the quickest seen since last August.

Notably, Asian users saw the first decline in operating conditions for five months, contrasting with US users who reported another solid improvement.

European copper users registered a further downturn, albeit the softest since last March.

Worldwide output at copper-using firms grew for the fifth consecutive month in January.

That said, the rate of expansion slowed to the weakest in this period, amid smaller upturns at Asian and U.S. users.

Manufacturers in Europe saw a modest drop in output due to lower new orders.

New orders from abroad also fell at a modest pace.

Nevertheless, the rate at which total new orders declined was softer than in the previous month.

Weaker demand led to a further reduction in workforce numbers at the start of the year.

However, in line with December, the rate of decline was marginal.

Despite falling employment, backlogs dropped for the second month running.

Input purchases also fell slightly in January, leading to a contraction in input stocks that was among the sharpest seen for seven years.

Stocks of finished goods also decreased at a faster pace compared to December.

The rate of inflation was the fastest for 11 months.

Subsequently, manufacturers raised output charges at the fastest rate since last March, albeit only slightly overall. ■