Staff Writer | June 4, 2018
Although the health of Brazil’s manufacturing sector continued to improve midway through the second quarter, PMI data highlighted widespread signs of a slowdown. 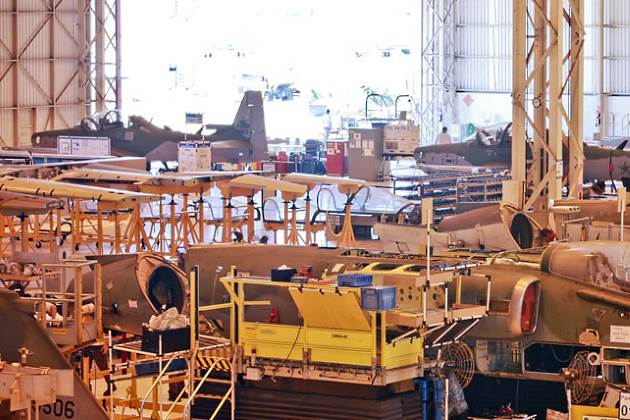 Currency depreciation alongside a commodity rally drove cost inflation to the second-highest in nearly two years, prompting some companies to defer input purchasing.

The seasonally adjusted IHS Markit Brazil Manufacturing Purchasing Managers’ IndexTM (PMI) dipped from 52.3 in April to a ten-month low of 50.7 in May.

The headline figure was indicative of only a marginal improvement in business conditions.

Broken down by sector, intermediate goods was the brightest spot in May, with investment goods the worst-performing category.

New order growth eased to the weakest in the current 15-month period of expansion, amid reports of lingering political issues and subdued demand conditions.

At the same time, export sales declined after having increased in each of the previous two months.

Weaker-than-expected sales resulted in unsold goods being placed into inventories, with stocks of finished goods rising for the second month in a row.

Production growth was partly achieved through the completion of outstanding business, but the upturn in output was the weakest over the current 15- month sequence of expansion.

Although quantities of purchases continued to rise, the upturn eased considerably in May.

In some instances, panel members suggested that growth was hampered by elevated prices for inputs.

Indeed, the rate of cost inflation reached its secondhighest mark since mid-2016.

May saw the rate of charge inflation climb to a 27-month peak and register well above its long-run average.

Whereas manufacturing jobs increased midway through the second quarter, the upturn was marginal and the weakest since the start of the year as a number of firms sought to streamline costs.

As a result of softer input purchasing and delivery delays, inventories of raw materials and semifinished items decreased further.

Manufacturers expect output to be higher in 12 months’ time, but the level of positive sentiment fell in May.

Weighing on confidence were concerns about weak underlying demand and challenging market conditions. ■