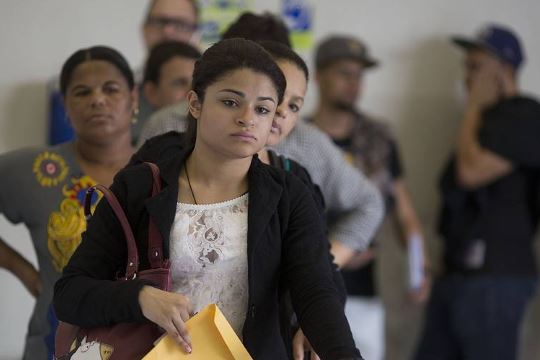 LatAm   An improvement from the same month in 2015
According to the ministry's unemployment registry, the figures are only slightly better than the same period last year, when the Brazilian economy registered a net loss of 818,900 jobs.

Though negative, the figures represent an improvement from the same month in 2015, when the number of job loss surpassed 169,000.

The Brazilian economy has seen more dismissals than employment for 19 consecutive months, a reflection of the deep crisis the country is facing and the difficulties the government has in boosting economic growth.