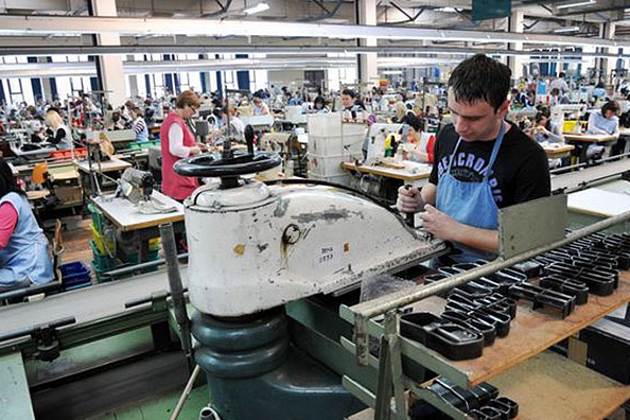 Europe   Industrial production recorded growth in all four quarters
Growth in production was recorded in manufacturing industries with annual growth of 5.3 percent. Mining industry recorded a significant growth as well.

A key contribution to the growth of the manufacturing industry was recorded in the production of finished metal products, paper, base metals and textiles, which had a positive impact on export growth.

An exceptionally high rate of growth in production volume was recorded in paper production with a growth of 16.9 percent and base metals, with growth of 7.0 percent.

Exports of these products increased in 2017 by 14.3 percent and 22 percent, respectively.

The report adds that production growth of 5.0 percent was recorded in ore and stone extraction, especially of coal and lignite, which is closely related to the growth of electricity exports.

According to the report, a significant drop in production and supply of electricity and gas is recorded with an annual decrease of 4.1 percent.

The report notes that industrial production recorded growth in all four quarters of 2017. ■

Production in Mexico falls for first time in seven months