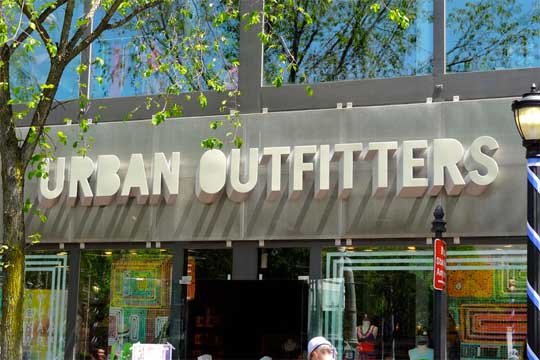 For the three months ended April 30, 2015, the gross profit rate decreased by 141 basis points versus the prior year's comparable period. The decline in gross profit rate was primarily due to lower initial margins at the Urban Outfitters Brand and higher delivery and fulfillment expense across the entire company.

The deleverage in delivery and fulfillment expenses were partially due to the increase in direct-to-consumer penetration and the beginning of the South Carolina fulfillment center transition to Gap, Pennsylvania.

For the three months ended April 30, 2015, selling, general and administrative expenses, expressed as a percentage of net sales, increased by 13 basis points when compared to the prior year period. The increase was primarily due to increased marketing and technology expenses that were used to drive higher direct-to-consumer traffic.

On February 23, 2015, the Board of Directors authorized the repurchase of 20 million shares under a new share repurchase program. No shares have been repurchased under this authorization.