Staff writer ▼ | April 17, 2015
Syngenta reported its results for the first quarter 2015. Sales were $4 billion, including Lawn and Garden, unchanged at constant exchange rates compared with the first quarter of 2014. 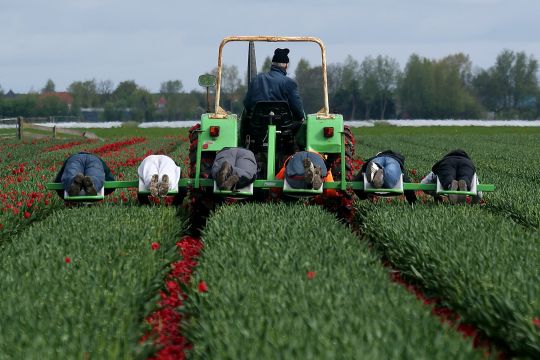 Integrated sales of $3.8 billion rose by one percent at constant exchange rates. Volumes were seven percent lower. Prices were eight percent higher, driven largely by increases in the CIS to offset the impact of currency depreciation; excluding the CIS and glyphosate, prices were up one percent.

Europe, Africa and the Middle East sales rose 15 percent at constant exchange rates with strong growth in crop protection offsetting weakness in seeds due to lower acreage for corn, sunflower and sugar beet in several territories. Sales excluding the CIS were two percent higher despite a difficult comparison with a strong first quarter in 2014.

Central and North Europe and Iberia showed broad based growth in crop protection. In France, sales of selective herbicides were lower reflecting early orders in the fourth quarter of 2014, with other product lines broadly unchanged. In the CIS currency losses were largely recovered through selling prices. In North America sales were 16 percent lower; excluding glyphosate, where a deliberate reduction is underway, sales were 13 percent lower.

A prolonged winter delayed the start of the season in the USA and Seedcare was sharply down in Canada owing to high channel inventories. Seeds sales reflected an expected further reduction in corn acres, lower royalty income and changes in Syngenta’s distribution model to increase focus and profitability.

In Latin America sales at the end of the season were 11 percent lower following a strong fourth quarter in 2014. Credit management in Venezuela caused a delay in sales. Insecticides sales were down across the region as a result of low pest pressure.

ELATUS fungicide continued to make a positive contribution as remaining orders were fulfilled. Corn seed sales in Brazil were lower due to reduced acreage. In Asia Pacific, sales in North East Asia were affected by phasing in Japan related to last year’s consumption tax increase.

Sales in China were lower due to the phasing out of liquid formulations of paraquat. The impact of lower rice acreage in Thailand was partially offset by further expansion of GroMore protocols in South Asia. ■

Telus to invest billions across Canada