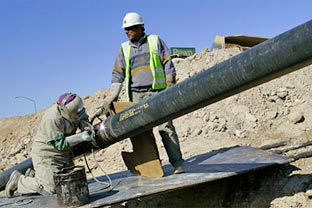 New customers contributed $7 million of the increase during 2013 as approximately 28,000 net new customers were added during the last twelve months. Incremental margin from customers outside the decoupling mechanisms and other miscellaneous revenues (including amounts associated with recoveries of Arizona regulatory assets) contributed the remainder of the increase.

Other contributing factors included amortization associated with the recovery of regulatory assets (including new or expanded conservation and energy efficiency programs in Nevada and Arizona), and incremental depreciation expense associated with plant additions (partially offset by lower depreciation rates in Nevada). Higher property and general taxes were also components of the increase.

Other income increased $8.1 million between 2013 and 2012 primarily due to the $5.8 million change in COLI-related income between years. In addition, Arizona non-recoverable pipe replacement costs were $2.5 million lower in 2013 as compared to 2012 because this pipe replacement activity was substantially completed in 2012.

Lehman on its was to resolve a five-year-long dispute