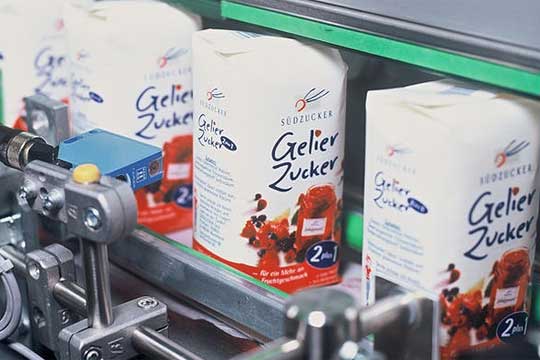 The sugar segment's revenues declined to €712 (previous year: 862) million in the first quarter. Quota sugar sales revenues, which have fallen further since October 2014, now impacted the first quarter and as a result, the year-over-year comparison. Sugar volume was also less than last year, as were export prices for non-quota sugar as world market prices retreated.

Operating profit in the first quarter of the current fiscal year stabilized in comparison to developments in the second half of last fiscal year. Still, as expected, the segment generated an operating loss of €-13 (previous year: 45) million. The drop in earnings was primarily driven by the year-over-year decline in quota sugar sales revenues, which have now stabilized at a very low level.

The special products segment's revenues climbed to €445 (previous year: 434) million. The increase was attributable to overall volume growth and a positive currency exchange impact. On the other hand, the starch division's byproduct sales revenues were lower.

Operating profit was sharply higher at €37 (previous year: 25) million. Almost all divisions contributed to the increase. The earnings growth was driven by higher revenues and lower raw material costs.

Despite a recovery in ethanol sales revenues, the CropEnergies segment's revenues fell €11 million to €181 (previous year: 192) million. This was driven especially by lower production volumes resulting from the plant overhaul in Wanze, Belgium and the temporary shutdown of the plant in Wilton, Great Britain.

Operating profit on the other hand rose sharply from €5 to €14 million. Lower production and declining animal field sales revenues were offset by lower raw material prices and a recovery in ethanol sales revenues. The temporary shutdown in Wilton improved the operating cost structure and generated cost savings.

But operating profit fell sharply to €19 (previous year: 21) million. Revenue growth in the fruit preparations division was offset by higher costs and lower margins on sales revenues in the fruit juice concentrates division.

Südzucker expects a dramatic improvement at Crop¬Energies. The special products segment will not be able to quite match the high prior year's level. The fruit segment is expected to at least generate the same good results it did last fiscal year. ■