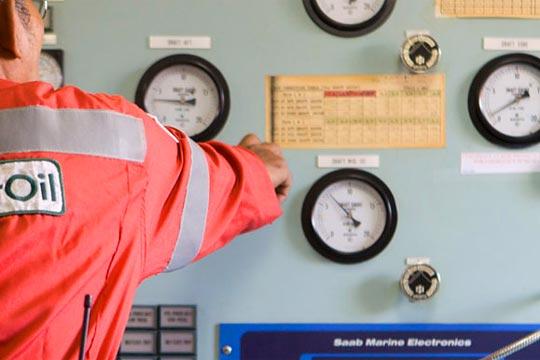 Half year results   Exploration success in Indonesia and Pakistan
Materially rising operating cash flows was up 35 percent at $499.4 million (2013: $371.0 million); profit after tax was $172.7 million (2013: $161.1 million). There was an exploration success in Indonesia and Pakistan, including the 100 mmboe (gross) oil and gas discovery at Kuda Laut/Singa Laut on the Tuna Block; $190 million of non-core asset sales announced and on track to deliver stated $300 million disposal programme; and the company announced a renewal of principal bank facility completed on improved terms and increased in size to $2.5 billion.

The company paid full-year dividend of 5 pence per share and ongoing buyback programme.

Full-year guidance is maintained at 58-63 kboepd including disposal adjustments and pending completion of summer maintenance programmes. Timing of first oil from Solan is dependent on the successful completion of offshore installation activities within the weather window and progress of the offshore commissioning programme.

Play-opening wells planned in the next 12 months include Badada, onshore Kenya, Myrhauk, offshore Norway and Isobel Deep in the Falkland Islands. ■

RBI profit before tax up 11%