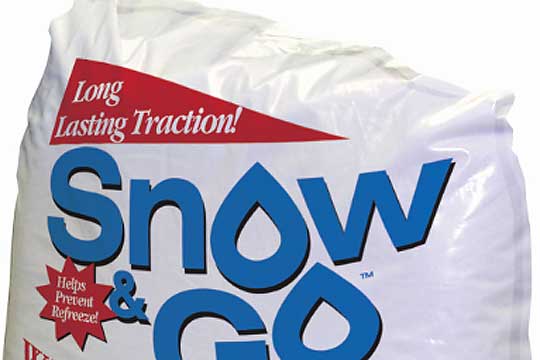 There were 7% fewer tons sold of Business to Business products in the period, resulting in a slight decrease of net sales. Sales of fluids purification products and co-packaged traditional coarse cat litter sales were down. Declines were partially offset by higher average selling prices and improved sales of agricultural products.

Product mix and higher resin costs for packaging materials caused segment income to decline in the period. A decrease in advertising expense reduced selling, general and administrative expenses in the quarter.

Cash, cash equivalents, restricted cash and short-term investments at October 31, 2014, totaled $10,407,000 compared to $32,963,000 a year ago. Significant uses of cash in the past twelve months included the purchase of MFM assets, capital expenditures, regularly scheduled debt payments and quarterly dividends.

The company has paid cash dividends continuously since 1974 and has increased dividends annually for the past eleven years. At the end of the first quarter, the annualized dividend yield on the company's Common Stock was 2.7%, based on the quarter's closing stock price of $30.18 per share and the latest quarterly cash dividend of $0.20. ■

Iberian Minerals adds David Cohen to the board of directors