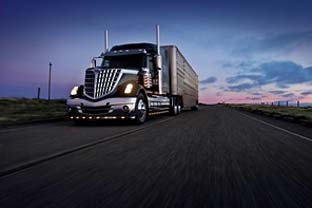 
Revenues in the quarter were $2.7 billion, up from $2.5 billion in the second quarter of 2013. Second quarter 2014 results include $151 million in intangible asset impairment charges and a $29 million tax valuation allowance, both primarily related to declines in actual and forecasted results for the company's operations in Brazil.

Second quarter 2014 EBITDA was a loss of $119 million, which included the $151 million intangible asset impairment charge, $42 million in pre-existing warranty adjustments and $8 million in restructuring charges. As a result, adjusted EBITDA was $82 million, which exceeded the company's second quarter guidance of between $25 million to $75 million, excluding pre-existing warranty and one-time items. Navistar finished the second quarter 2014 with $1.06 billion in manufacturing cash, cash equivalents and marketable securities, in line with its cash guidance range of $1.0 billion to $1.1 billion.

Combined Class 8 retail market share was 14.9 percent for the quarter, up from 13.9 percent in the first quarter of 2014 and 14.5 percent in the second quarter of 2013. Navistar's combined Class 6-8 truck and bus retail market share for the second quarter was 18.5 percent, and the company ended the period with an order backlog 82 percent higher than this time one year ago.

Navistar reduced its year-over-year structural costs in the quarter by an additional $92 million, including $75 million in savings from selling, general, and administrative (SG&A) expense and $17 million in reduced engineering costs. Last month, the company initiated additional restructuring activities in North America, which will be completed by the end of this fiscal year and are expected to generate $40 million in SG&A savings annually starting in 2015.

Earlier in the quarter, Navistar announced its plans to consolidate mid-range engine manufacturing by idling its Huntsville, Ala. mid-range engine plant and moving production to Melrose Park, Ill. Those plans remain on track and once completed later this summer, are expected to reduce Navistar's operating costs by more than $22 million annually.

The company also announced during the second quarter its plans to add selective catalytic reduction (SCR) emissions technology to the company's proprietary 9- and 10-liter, high horsepower inline six-cylinder (I-6) engines. That launch is on track and progressing well, with first customer deliveries slated for later this summer. Test units have been running for the past several months and initial results indicate an 8-12 percent improvement in fuel economy, depending on the application.

Navistar's warranty spend improved in the second quarter, down $23 million—or 13 percent—year-over-year. This improvement was driven by lower costs per repair, fewer EGR engines in the warranty period and ongoing quality improvements for its EGR engines as well as new product launches with SCR engines.

Also during the quarter, the company completed the sale of $411 million of new convertible notes due in April 2019. The net proceeds from the issuance were used to repurchase the majority of the convertible notes that come due in October 2014. The company anticipates repaying the $166 million balance with cash on hand. As a result, the company will have no major debt maturities come due until 2017.

Ulta Beauty announces addition to board of directors