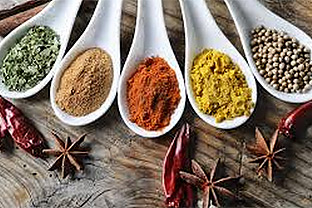 
McCormick's first quarter sales rose 6% from the year-ago period and in local currency the increase was 8%. The acquisition of WAPC, completed in May 2013, contributed 4% to this growth rate. Pricing actions and higher volume and product mix, largely accounted for the other half of this sales increase.

The company grew sales in both its consumer and industrial businesses through product innovation, brand building and expanded distribution. In the first quarter, the rate of sales increase in international markets was particularly strong.

Cost savings from the company's CCI program, as well as a favorable mix of business, improved gross profit margin, which rose to 39.4% from 38.7% in the year-ago period. The company increased operating income 11% to $125 million in the first quarter of 2014. Higher sales and improved gross profit margin more than offset a $7 million increase in brand marketing this period.

Earnings per share rose 9% to $0.62 in the first quarter of 2014 from $0.57 in the year-ago period, with the strong increase in operating income, offset in part by the unfavorable impact of a higher tax rate. Net cash provided by operating activities rose $45 million from the year-ago period, primarily as a result of lower retirement plan contributions.

McCormick reaffirmed its financial outlook for 2014. The company anticipates growing sales 3% to 5% in local currency, which includes an incremental impact of the WAPC acquisition in the first half of the year.

In addition, the company expects unfavorable foreign currency exchange rates to reduce sales by 1% in 2014, based on prevailing rates. Plans are underway to invest at least $25 million in increased brand marketing support to drive sales of new products, as well as core items.

Following a $7 million increase in brand marketing support during the first quarter of 2014, the company anticipates increasing its spending by at least the same amount in the second quarter. These investments, in brand building and innovation, are funded in part by McCormick's CCI program which is expected to deliver at least $45 million of cost savings in 2014.

The company reaffirmed projected 2014 earnings per share of $3.22 to $3.29. In this projection, higher sales, a favorable mix of business and CCI cost savings are expected to more than offset a significantly higher tax rate and an estimated $0.01 per share of special charges.

In the second quarter of 2014, the company expects earnings per share to increase only slightly from the year-ago period as a result of several factors, including higher brand marketing support and weakness in demand from quick service restaurants in the U.S. Another year of strong cash flow is anticipated in 2014, with a significant portion expected to be returned to McCormick's shareholders through dividends and share repurchases. ■