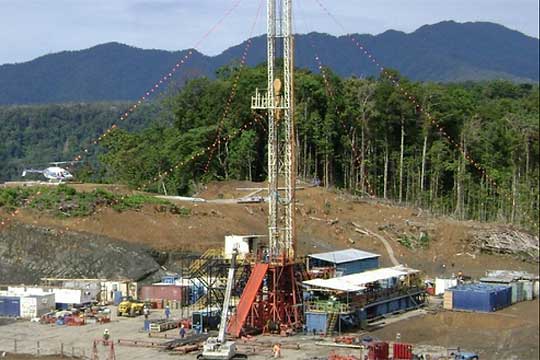 Most of this loss resulted from expensing $19.3 million of seismic that the company acquired over its extensive exploration portfolio during the quarter.

"Drilling results from Antelope-5 identify this well as having the best reservoir thickness, quality and fracture density of all wells drilled on the Elk-Antelope field. In particular, the thickness and quality of the dolomite zone with porosity readings of up to 25% is superior to other wells, signifying a high-quality reservoir.

"Antelope-5 has a 680 meter (2,231 feet) gross gas column and appears to have even better reservoir quality than we initially thought. Evaluation of seismic and new high-definition gravity data indicates that the field could extend further west than originally modeled. This data, combined with the top reservoir being higher than expected, suggests potential for significant upside."

Under the initial clean-up flow, the flow rate at Antelope-5 has been constrained to a maximum rate of about 74 million standard cubic feet a day. Testing will be extended to include pressure measurements on other wells in the field to determine reservoir connectivity. Initial results at Antelope-4 have provided strong indications of a high-quality reservoir with a gross gas column of at least 300 meters (984 feet).


That was driven, in part, by the disciplined allocation of capacity, improvement in load factor, strong October trading, timing of Easter and performance of allocated seating.

The increase in cost per seat was driven by anticipated increases in charges at regulated airports mainly in Germany and Italy, increased disruption costs in the second quarter and costs associated with building a resilient operation ahead of new crew base openings.

easyJet lean delivered £21 million of sustainable savings in the six months to 31 March 2015.

In the six months to 31 March 2015, easyJet returned £180 million or 45.4 pence per share to shareholders through the payment of an ordinary dividend at an increased payout ratio of 40% of profit after tax for the year ended 30 September 2014.