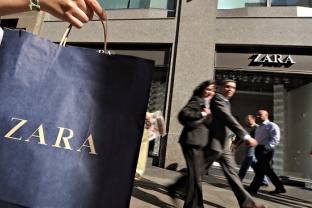 
Inditex sales, whose most famous brand is Zara, reached 11.925 billion euros, which meant a 5-percent increase when compared with the same period in 2012. The company also reported that sales rose by 10 percent between Nov. 1 and Dec. 8 as a result of the upcoming Christmas period and seasonal sales, when sales significantly increased.

Inditex created more than 8,000 job opportunities worldwide, 800 of them in Spain. It is expected to create 500 more jobs when it opens a center in Guadalajara in 2014 while a further 400 as a result of Zara and Zara Home's enlargements in Arteixo.

By the end of October a total of 124,880 people were working for the company, which has also launched in Russia online stores of some of its brands: Zara, Massimo Dutti, Stradivarius, Oysho and Bershka. ■