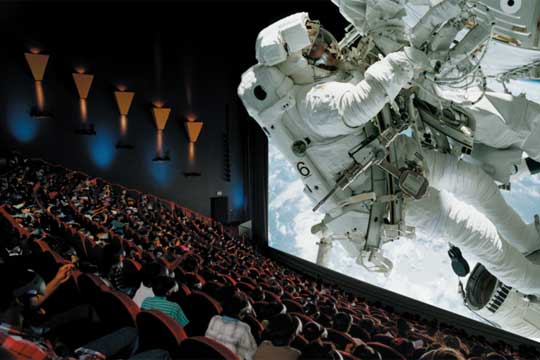 Dunkirk kicked off Q3 with a robust $19 million in Global Box Office across 634 theaters in its opening weekend. Domestically, IMAX represented a record 23% of the opening weekend box office and laid claim to 18 of the top 20 locations.

Signed agreements for 92 new theaters in the second quarter, bringing year-to-date signings to 130 systems across 24 countries including the U.S., China, India, Germany and the Netherlands.

Backlog of 580 systems represents an all-time high, facilitating a sustained level of installations.

Announced a cost-reduction exercise aimed at achieving approximately $20 million in annualized cost savings, with the goal of improving operating leverage.

Repurchased $46M of shares in the second quarter, completing the previously announced $200-million buyback program; board authorized new program for up to an additional $200 million through June 2020. ■