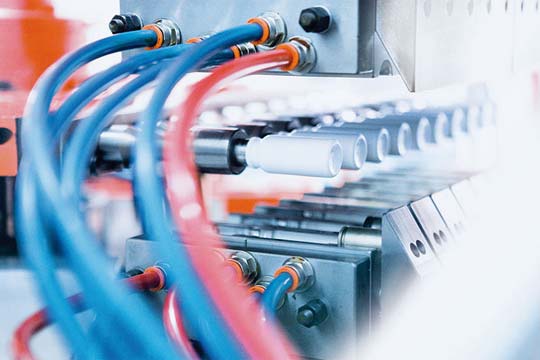 Good news   2.2% better results at Gerresheimer
At constant exchange rates, revenues grew by 3.2% compared with the prior-year quarter. The main driver of revenue growth was the pharmaceutical plastic packaging business as well as the engineering and tooling business, which typically precedes mass production of medical plastic systems such as insulin pens and asthma inhalers.

Revenues in the prefillable syringe system business increased slightly, as did laboratory glassware revenues. Glass primary packaging took a revenue hit, primarily due to destocking by some of the US pharmaceuticals customers. In addition, less pharmaceutical glass was delivered in the US in the third quarter given that regulatory requirements forced some pharmaceutical companies to endure production halts.

The Gerresheimer Group’s capital expenditure in the third quarter of 2014 came to EUR 22.4m. Capital expenditure continued to focus on adding production capacity for medical plastic systems such as insulin pens and inhalers in Horšovský Týn, Czech Republic, and Peachtree City, USA.

Despite a more difficult market environment for Gerresheimer pharmaceutical customers in the US and potential further limitations on revenue growth for customers targeting the Eastern European market, Gerresheimer anticipates revenue growth of around 4% at constant exchange rates for financial year 2014.