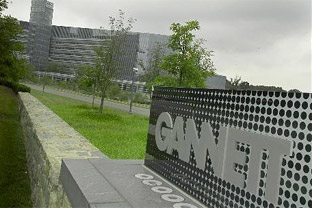 
This growth reflects the significant impact of the company’s transformative acquisition of Belo Corp., which contributed to record Broadcasting Segment results, as well as solid profitability in the Digital and Publishing Segments.

Operating revenues for the company were $1.40 billion in the quarter, an increase of 13.4 percent from the first quarter in 2013 reflecting revenue growth in the Broadcasting and Digital Segments of 99.5 percent and 2.8 percent, respectively.

Publishing Segment revenues declined 3.3 percent in the quarter due, in part, to the effect of extreme winter weather on advertising demand and circulation revenue. Total revenue (more) growth on a pro forma basis, had Gannett owned the Belo television stations during the same quarter last year and excluding Captivate's results, was 2.8 percent.

Net income attributable to Gannett on a non-GAAP basis totaled $108.4 million, an increase of 26.0 percent compared to the first quarter of 2013, while non-GAAP operating income was up 40.7 percent to $226.8 million. The substantial growth in profitability was driven in part by the addition of the Belo television stations. Adjusted EBITDA in the quarter was $284.8 million compared to $209.3 million in first quarter of 2013, an increase of 36.1 percent. Adjusted EBITDA on a pro forma basis rose 14.8 percent.

Special items in the first quarter of 2013 included $13.9 million ($0.04 per share) resulting primarily from continued workforce and real estate optimization and a tax benefit of $27.8 million ($0.12 per share). ■