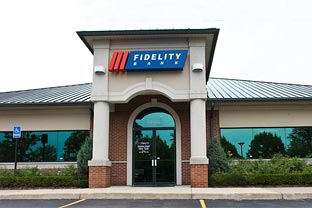 
Earnings improvement occurred by maintaining the level of net interest income from loan growth, while producing more other income and incurring less operating expenses over the previous year's second quarter. The added revenue improved the return on average assets (ROA) to 1% for the second quarter of 2013 compared to 0.87% for the same 2012 quarter.

"We are all very pleased with the results of the second quarter of 2013 which are a direct reflection of management's continued focus on and execution of its strategic plan. Asset quality showed a marked improvement while also achieving solid loan growth," stated Daniel J. Santaniello, president and chief executive officer.

Net interest margin was 3.84% during the first half of 2013 compared to 3.77% during the first half of 2012, an improvement of 7 basis points from lowering rates on interest-bearing liabilities by 10 basis points but, more so, the redeployment within average earning assets base, stemming from the average balance growth of $34.7 million in loans. ■

Conference Board: Canada should reduce trade barriers on food