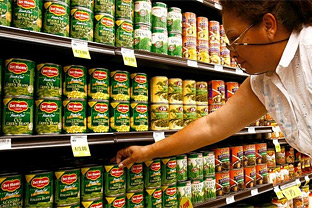 
The increase was driven by list pricing actions net of trade spend, primarily in Pet, largely offset by volume declines for existing products (including pricing elasticity). In addition, sales associated with the acquisition of Natural Balance Pet Foods in mid-July contributed to the increase in net sales.

Operating income increased 87.3% from $45.8 million in the prior year period to $85.8 million. The increase was driven by factors similar to net sales as noted above, in addition to lower SG&A and decreased costs associated with the closure of the Kingsburg, California facility.

In calculating Adjusted EBITDA, the adjustment for the cash impact from economic hedge positions are calculated pursuant to the Company's 7.625% Notes Indenture and credit agreements.

Pet Products net sales were $481.0 million, an increase of 5.0% from net sales of $458.3 million in the prior year period. The increase in Pet Products was primarily driven by net pricing as well as the acquisition of Natural Balance. The increase was partially offset by a decline in volume which includes pricing elasticity.

In addition, there were continued business challenges in South America, including high inflation and currency devaluation in Venezuela. Net pricing, primarily due to reduced trade spending in response to fruit supply constraints, had a positive offsetting impact on net sales. ■