Carnival Corporation EPS cut in half 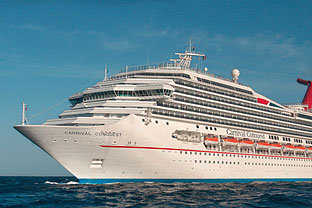 Carnival Corporation chairman and CEO Micky Arison noted that second quarter earnings were slightly better than May guidance due primarily to the timing of selling and administrative expenses.

At this time, cumulative advance bookings for the remainder of 2013 are behind the prior year at prices below the prior year levels. Since the end of March, fleetwide booking volumes for the next three quarters, excluding Carnival Cruise Lines, are running higher than the prior year at higher prices.

Booking volumes for Carnival Cruise Lines during the same period are running behind the prior year at lower prices. ■

Lennar appoints Teri McClure to the board