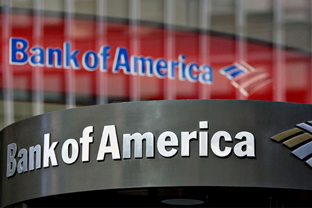 
The third quarter of 2012 was negatively impacted by $1.9 billion of debit valuation adjustments (DVA) and fair value option (FVO) adjustments related to the improvement in the company's credit spreads, $1.6 billion for total litigation expense, including a charge for settlement of the Merrill Lynch class action litigation, and a charge of $0.8 billion related to the repricing of certain deferred tax assets due to a reduction in the U.K. corporate tax rate. Together, these three items totaled a negative $0.28 per share.

The year-ago quarter included, among other significant items, a $3.6 billion pretax gain on the sale of a portion of the company's investment in China Construction Bank (CCB), partially offset by $2.2 billion of net losses related to equity and strategic investments other than CCB. Relative to the year-ago quarter, the results for the third quarter of 2012 were driven by improved credit quality across most major portfolios, increased sales and trading revenue (excluding impact of DVA), higher mortgage banking income and increased investment banking income.

"We are doing more business with our customers and clients: Deposits are up; mortgage originations are up; we surpassed 11 million in mobile customers; small business lending is up 27 percent year over year; loans to our commercial clients rose for the seventh consecutive quarter; and our corporate clients made us the second-ranked global investment banking firm," said Brian Moynihan, chief executive officer.

The company continued to increase the number of Financial Solutions Advisors, mortgage loan officers and small business bankers during the quarter to approximately 5,800 at the end of the third quarter of 2012, approximately 3,200 of whom were deployed in banking centers. ■